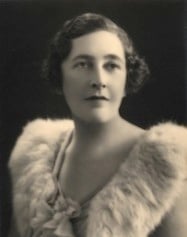 British author Agatha Christie (1890 – 1976) used her observations of people to construct her characters and stories, drawing inspiration from eavesdropping on conversations, her experiences as a nurse with the Red Cross and an alter-ego she created for her romantic novels. Following is a selection of quotes by Agatha Christie, best known for the entertaining mysteries that earned her the title “Queen of Crime.”

Christie saw incredible success during her lifetime. At the time of her death, her books had sold hundreds of millions of copies worldwide, and the number has only grown since then. Both before and after her death, a number of her books have been made into feature films.

Agatha Christie received many awards for her literary excellence over the course of her life and remains one of the bestselling authors of all time.

“Nothing turns out quite in the way that you thought it would when you are sketching out notes for the first chapter, or walking about muttering to yourself and seeing a story unroll.”

“The best time to plan a book is while you’re doing the dishes.”

“But surely for everything you love you have to pay some price.” (An Autobiography, 1986)

“I’ve always believed in writing without a collaborator, because where two people are writing the same book, each believes he gets all the worry and only half the royalties.”

“There was a moment when I changed from an amateur to a professional. I assumed the burden of a profession, which is to write even when you don’t want to, don’t much like what you’re writing, and aren’t writing particularly well.” 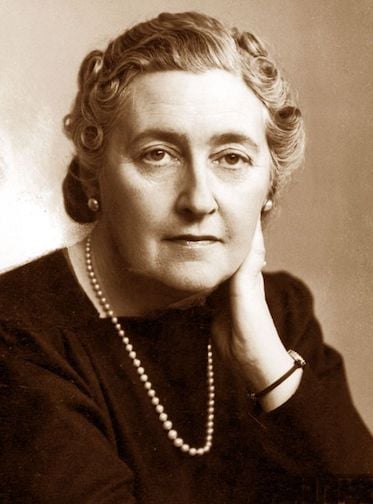 “I like life. I have sometimes been wildly, despairingly, acutely miserable, racked with sorrow, but through it all I still know quite certainly that just to be alive is a grand thing.”

“Instinct is a marvelous thing. It can neither be explained nor ignored.”

“I have enjoyed greatly the second blooming that comes when you finish the life of the emotions and of personal relations; and suddenly find – at the age of fifty, say — that a whole new life has opened before you, filled with things you can think about, study, or read about … It is as if a fresh sap of ideas and thoughts was rising in you.”

“I specialize in murders of quiet, domestic interest.”

“There is nothing more thrilling in this world, I think, than having a child that is yours, and yet is mysteriously a stranger.”

“It is a curious thought, but it is only when you see people looking ridiculous that you realize just how much you love them.” (An Autobiography, 1986)

“Instinct is a marvelous thing. It can neither be explained nor ignored.” (The Mysterious Affair At Styles)

“Plots come to me at such odd moments, when I am walking along the street, or examining a hat shop … suddenly a splendid idea comes into my head.” 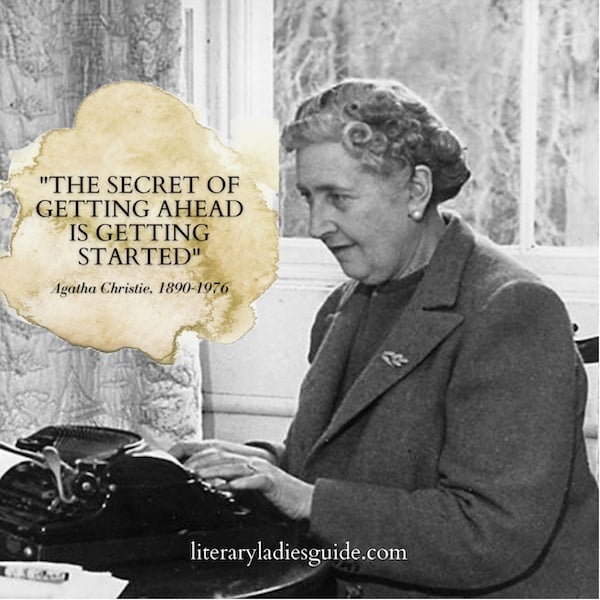 “The secret of getting ahead is getting started.”

“Intuition is like reading a word without having to spell it out. A child can’t do that because it has had so little experience. A grown-up person knows the word because they’ve seen it often before.” (Murder at the Vicarage)

“I’m sorry, but I do hate this differentiation between the sexes. ‘The modern girl has a thoroughly businesslike attitude to life’ — that sort of thing. It’s not a bit true! Some girls are businesslike and some aren’t. Some men are sentimental and muddle-headed, others are clear-headed and logical. There are just different types of brains.”  (Appointment with Death)

“Sensationalism dies quickly, fear is long-lived.” (Death in the Clouds)

“A mother’s love for her child is like nothing else in the world. It knows no law, no pity. It dares all things and crushes down remorselessly all that stands in its path.”

“An archaeologist is the best husband a woman can have. The older she gets, the more interested he is in her.”

“One doesn’t recognize the really important moments in one’s life until it’s too late.”