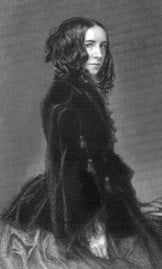 Elizabeth Barrett Browning (1806 – 1861) showed much early aptitude for her future calling —  she began reading novels at age six, and wrote her first significant poem at about age seven. By age eleven, she wrote a four-volume poem, The Battle of Marathon (1820), privately published by her father.

At age fifteen, she contracted the mysterious illness that would be her lifelong battle. It left her frail and in constant pain. It has been suggested by her biographers that the strong opiate medication given to her might have augmented her already fiercely vivid imagination that was evident in her evocative poetry.

Here are quotes by Elizabeth Barrett Browning, whose lines, “How do I love thee? Let me count the ways” are familiar to poetry lovers everywhere.

“Suddenly, as rare things will, it vanished.”

“He said true things, but called them by wrong names.”

“Smiles, tears, of all my life! – and, if God choose, I shall but love thee better after death.”

“Who so loves believes the impossible.” 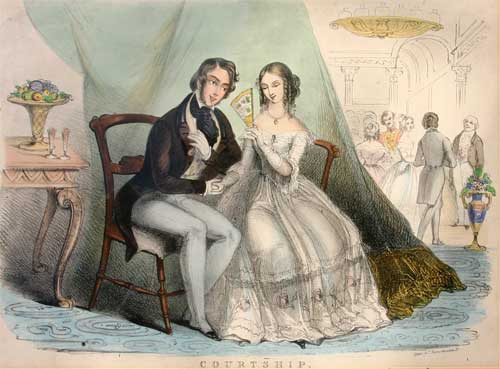 “First time he kissed me, he but only kissed The fingers of this hand wherewith I write; And, ever since, it grew more clean and white.”

“You were made perfectly to be loved – and surely I have loved you, in the idea of you, my whole life long.”

“I love thee to the depth and breadth and height my soul can reach.”

But the child’s sob curses deeper in the silence than the strong man in his wrath!

“My sun sets to raise again.”

“World’s use is cold, world’s love is vain, world’s cruelty is bitter bane; but is not the fruit of pain.”

“What I do and what I dream include thee, as the wine must taste of its own grapes.”

“Poetry has been to me as serious a thing as life itself —and life has been a very serious thing; there has been no playing at skittles for me in either. I never mistook pleasure for the final cause of poetry, nor leisure for the hour of the poet.”

I have done my work, so far, as work — not as mere hand and head work, apart from the personal being, but as the completest expression of that being to which I could attain — and as work I offer it to the public, feeling its shortcomings more deeply than any of my readers, because measured from the height of my aspiration; but feeling also that the reverence and sincerity with which the work was done should give it some protection from the reverent and sincere.”

“And each man stands with his face in the light. Of his own drawn sword, ready to do what a hero can.”

“At painful times, when composition is impossible and reading is not enough, grammars and dictionaries are excellent for distraction.” 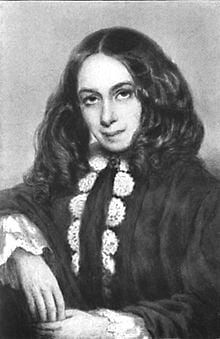 “Measure not the work until the day’s out and the labor done.”

“Thou large-brained woman and large-hearted man.” (“To George Sand: A Desire”)

“No man can be called friendless who has God and the companionship of good books.”

“You’re something between a dream and a miracle.”

“What is genius but the power of expressing a new individuality?”

“For tis not in mere death that men die most. ”

“Since when was genius found respectable?

“Why, what is to live? Not to eat and drink and breathe,—but to feel the life in you down all the fibres of being, passionately and joyfully.”

“Earth’s crammed with heaven, And every common bush afire with God. But only he who sees takes off his shoes.”

“A woman is always younger than a man at equal years.”

“God answers sharp and sudden on some prayers, And thrusts the thing we have prayed for in our face, A gauntlet with a gift in it. ”

Love me sweet With all thou art Feeling, thinking, seeing; Love me in the Lightest part, Love me in full Being. 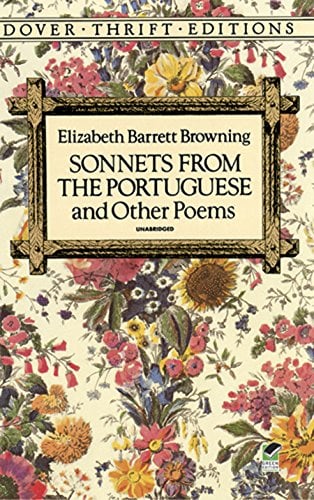 “If thou must love me, let it be for naught except for love’s sake only.”

“The little cares that fretted me, I lost them yesterday Among the fields above the sea, Among the winds at play.”

“Girls blush, sometimes, because they are alive, half wishing they were dead to save the shame. The sudden blush devours them, neck and brow; They have drawn too near the fire of life, like gnats, and flare up bodily, wings and all. What then? Who’s sorry for a gnat or girl?”

“How many desolate creatures on the earth have learnt the simple dues of fellowship and social comfort, in a hospital.”

“If you desire faith, then you have faith enough.”

“The beautiful seems right by force of beauty and the feeble wrong because of weakness.”

“The Devil’s most devilish when respectable.” (Aurora Leigh, 1864)

Skyler Isabella Gomez is a 2019 SUNY New Paltz graduate with a major in Public Relations and a minor in Black Studies. Her passions include connecting more with her Latin roots by researching and writing about legendary Latina authors.