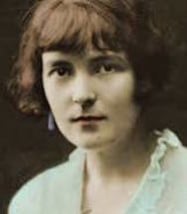 Katherine Mansfield (1888 – 1923) was a complex, brilliant writer of short stories who lived with tuberculosis for several years that overlapped with her most productive time as a writer. The following selection of gutsy and inspiring quotes by Katherine Mansfield that demonstrate her desire to live life to the fullest, even at its most difficult times.

New Zealand-born Mansfield adopted the bohemian life in London in 1908, and it was then that she began writing short stories.

Her first collection was published in 1911 and reflected a certain disillusionment with her native country. Titled In a German Pension, it received favorable reviews and was praised for “acute insight” and “unquenchable humour.”

“Risk! Risk anything! Care no more for the opinion of others, for those voices. Do the hardest thing on earth for you. Act for yourself. Face the truth.”

“Could we change our attitude, we should not only see life differently, but life itself would come to be different. Life would undergo a change of appearance because we ourselves had undergone a change of attitude.”

“I have made it a rule of life never to regret and never to look back. Regret is an appalling waste of energy, and no one who intends to become a writer can afford to indulge in it. You can’t get it into shape; you can’t build on it; it’s only good for wallowing in.”

“When we can begin to take our failures non-seriously, it means we are ceasing to be afraid of them. It is of immense importance to learn to laugh at ourselves.”

“What do you want most to do? That’s what I have to keep asking myself, in the face of difficulties.”

“Everything in life that we really accept undergoes a change. So suffering must become Love. That is the mystery.”

“I want, by understanding myself, to understand others. I want to be all that I am capable of becoming.” 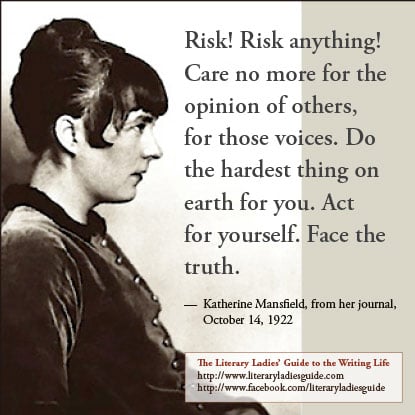 “I adore life. What do all the fools matter and all the stupidity. They do matter but somehow for me they cannot touch the body of life. Life is marvelous. I want to be deeply rooted in it — to live — to expand — to breathe in it — to rejoice — to share it. To give and to be asked for love.”

“What is it with me? Am I absolutely nobody, but merely inordinately vain? I do not know…. But I am most fearfully unhappy. That is all. I am so unhappy that I wish I was dead—yet I should be mad to die when I have not yet lived at all.”

“Could we change our attitude, we should not only see life differently, but life itself would come to be different.” 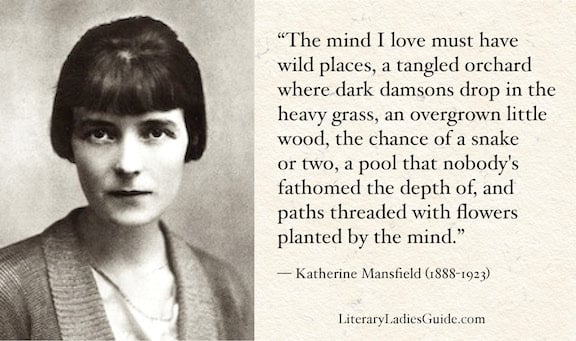 “The mind I love must have wild places, a tangled orchard where dark damsons drop in the heavy grass, an overgrown little wood, the chance of a snake or two, a pool that nobody’s fathomed the depth of, and paths threaded with flowers planted by the mind.”

“I like to appear in any society – entirely at my ease – conscious of my own importance, which in my estimation is unlimited, affable and very receptive. I like to appear slightly condescending, very much of le grand monde.“