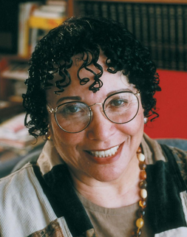 Children’s book writer Virginia Hamilton (March 12, 1936 – February 19, 2002) built an unparalleled legacy in American letters. She published forty-one books in the course of her writing career and was recognized with every major award in the children’s literature field.

The MacArthur Foundation described Virginia Hamilton “as a writer of children’s literature who wove Black folktales and narratives of African American life and experience into her work.” She was the first children’s book author to receive this award.

Virginia Hamilton was born, as she described it, “on the outer edge of the Great Depression” in Yellow Springs, Ohio, in 1936. She was the youngest of five children born to Kenneth James Hamilton and Etta Belle Perry Hamilton.

Hamilton grew up amid a large, extended family in the farmlands of southwestern Ohio. Her parents’ farm consisted of twelve acres and after her family’s farm ended, family members owned and farmed the land bordering her family farm.

The farmlands had been home to her mother’s family since the 1850s, when Hamilton’s great-grandfather, Levi Perry, had arrived in Ohio via the Underground Railroad.

Hamilton considered her father “the sun around which my world revolved” and her mother as her universe. She listened raptly when her parents, both spellbinding storytellers, spun their family stories, absorbing the folklore of first and second-generation of African Americans.

There was one story that Hamilton’s mother, Etta Belle, would tell that she would come to regard as one the most influential of her parents’ stories: that of Levi Perry, her mother’s grandfather.

Etta Belle told how every year, Levi Perry would call his ten children to his side and tell the story of his mother, Mary Cloud. Mary escaped from slavery in Virginia in the 1850s with Levi when he was an infant, crossing the Ohio River and arriving in this farmland of southwestern Ohio, where other family members were expecting them.

Levi Perry grew up with the love and security and abundance of his extended family — but the story of his mother, Mary Cloud, and her startling disappearance when they settled in Ohio, shaped his life.

Virginia Hamilton credits her family storytellers as the foundation of her work. In a 1973 essay in the journal Literature, Creativity, and Imagination, she wrote:

“Memory is what I have stored away, what did happen, what I think happened, what never happened but might have been great if it had, and what I fear could have happened — on and on. It is the essence of my mental and physical exploration brought to bear on a specific idea I wish to write. Smell, sound, sight are all part of memory this act of writing. And creative imagination plays an enormous role in how one uses them and how much of them one uses.” 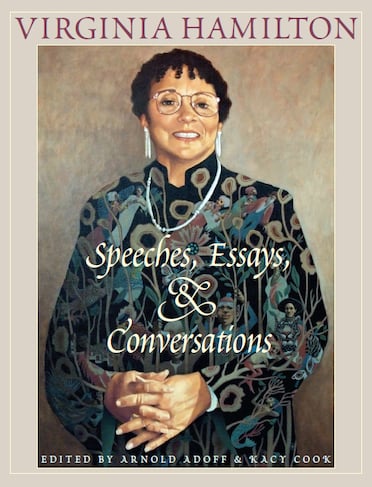 Hamilton was a busy student. She competed in public speaking contests, sang at local events, played sports, and was the president of her graduating class. She had also earned a full scholarship to nearby Antioch College.

In 1958, during Virginia’s third year at Antioch, she was advised by English professors to transfer to Ohio State University, Columbus to study with their writing program.

While finishing her work in creative writing and literature, at Columbus, another professor advised Virginia that for the next step of her writing journey, Virginia needed to go where the writers and publishers were: New York City.

Virginia embarked to New York City in the late 1950s and worked as a museum receptionist, a nightclub singer, and an accountant to pay the bills while she wrote. She studied the foundations of creative writing and took classes at the New School for Social Research with Hiram Haydn, one of the founders of the prestigious publishing house Atheneum Press.

Shortly after her move to New York City Virginia met Arnold Adoff, a young Jewish man from the Bronx. Adoff worked as a teacher, wrote poetry, and managed a few jazz musicians, including Charles Mingus.

Despite the expected societal disapproval, Hamilton and Adoff married in 1960. At that time, more than twenty states in the U.S. still prohibited interracial marriage. The marriage worked; Arnold continued teaching, and Virginia committed herself to writing. Eventually, Arnold Adoff would become a well-regarded poet, author, and anthologist. 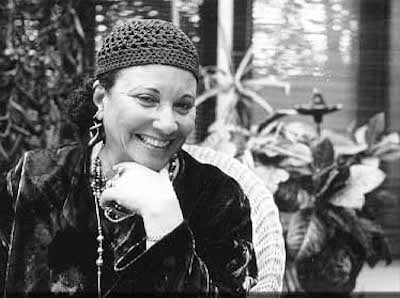 A writer of “liberation literature”

Hamilton is considered a writer of “liberation literature,” that is, one who “liberates the reader” (and herself in the writing process) by expanding their understanding of worlds unknown and unseen by them.

Hamilton’s characters were Black, and her stories examined the history and cultural forces that shaped their lives. Her inimitable writing style never condescended to her readers, exploring the generational effects of systemic racism.

Hamilton’s inception of “liberation literature” was instrumental in opening doors and opportunities for countless writers and artists of color that shared a similar vision: one can change the world with words.

A return to Ohio, and last years

In 1969, Hamilton and Adoff returned to Yellow Springs, Ohio with their two young children, Leigh and Jaime, and built their dream house on the last remaining acres of the original Hamilton-Perry farm. It was a fine life of shared creativity and serious achievement.

In 2002, Virginia Hamilton died of breast cancer at age sixty-five. Arnold lived for nearly twenty years longer. Their son, Jaime Adoff, has taken up his mother’s trade as a writer of children’s and young adult literature, and his father’s as a poet and teacher. Leigh Hamilton Adoff, their daughter, is a dramatic soprano.

Virginia Hamilton was the first African American to win the 1975 Newbery Medal for her novel M.C. Higgins, the Great and the Edgar Allen Poe Award for children for The House of Dies Drear.

She received multiple Coretta Scott King Awards from the American Library Association as well as the National Book Award, the Boston Globe-Horn Book Award, and the Hans Christian Andersen Award for Writing (the highest international recognition possible for writers or illustrators in children’s literature).

The ALA created a Virginia Hamilton Lifetime Achievement Award in her name, to honor a children’s book writer or illustrator for an outstanding body of work.

In 1995, Hamilton became a MacArthur Fellow: the highly prestigious “genius” award with a substantial, no-strings-attached monetary prize given to those who have produced extraordinary work in the arts and sciences as an investment in their future work.

In addition to a treasure trove of brilliant books, Hamilton’s legacy comes from her essays on writing. In a much-quoted passage from one of them, she summarized what the writer needs to do: resonate with the reader:

“There is an essential line between us, a line of thoughts and ultimately of communication. Each book must speak: ‘This is what I have to say,’ in the hopes that each reader will answer ‘This is what I wanted to know.’”

Hamilton achieved that connection with her readers; and as she did, she transformed children’s literature.

Contributed by Nancy Snyder, who retired from the City and County of San Francisco and as a union officer for SEIU Local 1021/790. She writes about books and women writers to understand the world and her place in it.

This is but a small sampling of Hamilton’s works. Here is a more complete bibliography.