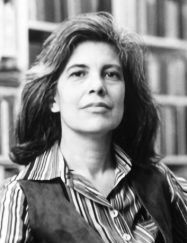 In the course of American letters, there have been very few writers who are able to approach the iconoclastic status and cultural significance that Susan Sontag (January 16, 1933 – December 28, 2004) gained in her sixty-year career as an essayist, documentarian, political activist and novelist.

Beginning with her classic essay, Notes on Camp (1964), Sontag embraced her role as one of the country’s premier public intellectuals; and, with her signature style of always dressing in black — combined with her long black hair with one distinctive white streak framing her face — Sontag became instantly recognizable in pop culture and in the more refined circles of literary discourse.

Sontag achieved what was believed to be impossible for any American writer: she could easily pontificate on structuralist philosophy and on the history of interpretation — subjects not widely embraced in American culture — yet Sontag easily made the crossover from the inaccessible intellectual into the realm of established literary star.

Effective in multiple forms of media

At times, Sontag’s carefully constructed public image as America’s “Dark Lady” of literature who dominated the New York literary scene, was just that: an image. Considering the brilliance of Sontag’s legacy, such a thought carries no weight.

Sontag was also a filmmaker, documentarian, playwright, political activist, and from 1987 – 1989, Sontag served as the President of PEN, the international organization committed to freedom of expression and the advancement of literature.

Before she became Susan Sontag, she was born in New York City on January 16, 1933 to Jack and Mildred Rosenblatt. Jack Rosenblatt was a successful fur trader who died of tuberculosis when Susan was five. After Jack’s death, Mildred Rosenblatt moved her two young daughters, Susan and Judith, first to Long Island, New York, then to Tucson, Arizona.

They finally settled in North Hollywood, a suburb of Los Angeles when Susan was twelve. Along the way, Mildred met Army captain Nathan Sontag. Although Sontag mostly ignored her stepfather, she kept his last name. “I wanted a new name,” she later wrote in a diary, “the name I had was ugly and foreign.”

Sontag’s remembers her childhood as unhappy, with a mother who was unapproachable, distant and “always away.” There was also the question of Mildred’s alcohol abuse and the effect on her daughters — leading some biographers to conclude that Sontag’s often fraught relationships with other women stemmed from Mildred’s withholding of affection. 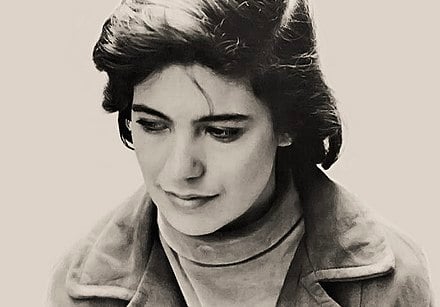 Education and a hasty early marriage

For Sontag, the University of Chicago was her dream school — there were no sports teams and the students were eager to debate Plato. At the University of Chicago Sontag was presented with a set of intrinsic values — the belief in the superiority of the great books and high culture coupled with a disdain of commercial culture and philistinism would shape Sontag’s creative life.

At the University of Chicago, Sontag met Mike Nichols, a lifelong friend who would later become one of the country’s most respected film directors, and, her future husband, Philip Rieff. Rieff was Sontag’s sociology professor, twenty-eight years old Sontag’s seventeen when they met and married after one week of meeting one another.

Sontag was elected to the Phi Beta Kappa society when graduated from the University of Chicago at eighteen. Rieff and Sontag moved to Cambridge to pursue academic careers. Sontag was enrolled in a Harvard doctoral program and began studying literature, then added the studies of metaphysics, ethics, Greek and Continental philosophy and theology.

What’s notable about this time in Cambridge, besides having the esteemed professor Herbert Marcuse (who became the mentor for the young professor Angela Davis a decade later), living with Rieff and Sontag while he wrote his masterpiece Eros and Civilization, was the writing partnership between husband Philip Rieff and wife Susan Sontag.

When Philip Rieff published Freud: The Mind of the Moralist, Sontag asserted that she was the actual writer of Rieff’s book. Sontag later stated that she wrote “every single word” of the acclaimed study of Freud. However, at the end of their eight-year marriage (which produced a son, David Rieff), a divorce wholly acrimonious and painful, Sontag gave up her rights to the book as one term of their divorce settlement. 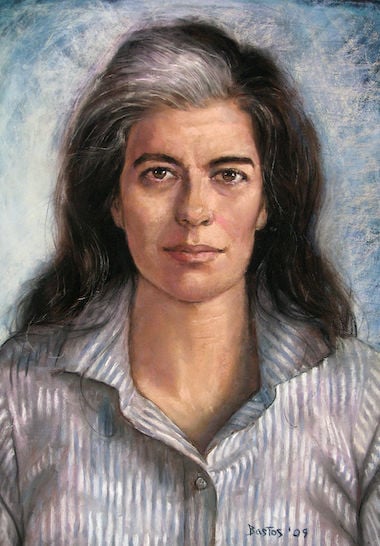 Sontag’s 1957 divorce from Philip Rieff made headlines in the New York Daily News. Rieff held their son David as a form of hostage: Sontag had fallen in love with the Cuban playwright Maria Irene Fornes which, in Rieff’s perspective, made her an unfit mother.

Sontag was supporting herself as a writer at Commentary magazine and teaching religion part-time at Columbia University and refused alimony from Rieff. At that time, homosexuality was scandalous and grounds for denying custody of children in a divorce.

Sontag did eventually regain custody of David, but the terrifying experience of having her sexuality“outed” during the divorce proceedings would shape her decision never to formally “come out” during her lifetime. Nevertheless, she was romantically involved with a number of prominent men and women. Sontag’s last relationship was with noted photographer Annie Leibovitz, which lasted from the late 1980s until her death.

A provocative writer and thinker

For the next forty-five years, Sontag remained in New York, where, she stated, was the only place possible for her to live. “I don’t like America enough to want to live anywhere else except Manhattan. And what I like about Manhattan is that it’s full of foreigners. The America I live in is the America of the cities. The rest is just drive-through,” was Sontag’s perception of life outside of Manhattan.

Sontag kept writing and kept making uncomfortable statements: another Sontag legacy of speaking truth to power that made other critics and writers either very angry or just the opposite. Here are some of her best known and/or controversial stances:

Sontag zealously opposed the Vietnam War with the statement, “The white race is the cancer of human history.” Sontag consistently backed up her statements with action, and so she famously, or infamously, visited Hanoi in 1968 in the midst of a heavy bombing siege, to demonstrate solidarity with the North Vietnamese.

Five years later, Sontag bore witness against the ravages of war from the 1973 Arab-Israeli war. Sontag made the film, Promised Lands, a work that examined the Palestinian situation in Israel.

When writer Salman Rushdie was under fundamentalist Islamic fatwah, Sontag was a major supporter for him.

In the 1990s, Sontag made several humanitarian trips to Sarajevo, famously staging a production of the play Waiting for Godot during a bombing siege. 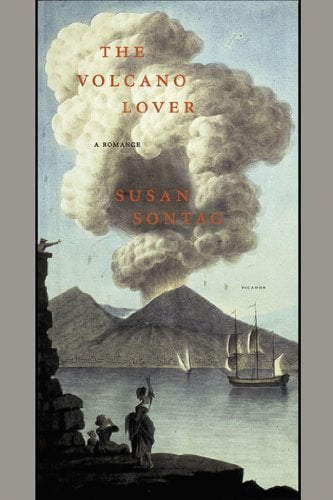 In the last years of her life, while enduring immense pain from her third onset of cancer (Sontag had previously survived breast cancer and a mastectomy) Sontag wrote Regarding The Pain of Others. Sontag’s final written work scrutinizes the human response as they witness images of war and torture.

The book was the culmination of Sontag’s attempt to have her readers comprehend the political and social events of their times through a moral compass. “I’m interested in various kinds of passionate engagement. All my work says ‘be serious, be passionate, wake up.’”

Sontag died in New York City on December 18, 2004. At the suggestion of her son, David, Sontag is buried in Paris, a city that Sontag passionately loved to visit. For the millions of readers attracted to Sontag as a writer and thinker, her tremendous legacy of work will offer years of introspection, debate, and contemplation.