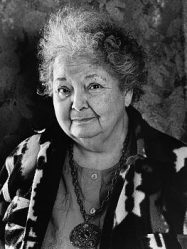 She is widely considered a founding figure of contemporary indigenous literature, defining its canon and bringing it to the greater public eye at a time when many denied its existence. She is remembered for her engaging fictional work and groundbreaking critical essays.

Known as one of the key intellectual minds of indigenous literature and history, Paula bridged the literary gap between indigenous writing and feminism. In her lifetime, she published seventeen works, many are still frequently anthologized.

Born Paula Marie Francis, she was the daughter of a Lebanese-American father and a Laguna-Sioux-Scottish mother. She found herself identifying with her Laguna Pueblo roots.

Born in Albuquerque, New Mexico in 1939, she was raised in the small New Mexican grant village Cubero, which bordered the Laguna Pueblo reservation. Her father, E. Lee Francis owned a local store there. Later, he served as the lieutenant governor of New Mexico. Her brother, Lee Francis, was a Laguna Pueblo storyteller and teacher. Paula is also related to other prominent Laguna authors. Carol Lee Sanchez is her sister, and Leslie Marmon Silko is her cousin.

Paula Gunn Allen’s early education consisted of attending mission and boarding schools. She graduated from Sisters of Charity in 1957, a religious boarding school just outside of Albuquerque.

Paula left New Mexico for her early college career, receiving a BA in English in 1966 and an MFA in Creative Writing in 1968 at the University of Oregon. She returned to her home state and earned a Ph.D. in American Studies with a concentration in Native American Literature from the University of Mexico in 1976. In the course of her studies, a poetry professor pointed her to some poets who would become her literary inspirations, including Charles Olson, Allen Ginsberg, and Denise Levertov.

She received an NEA Creative Writing fellowship in 1978, and a postdoctoral fellowship to study at UCLA two years later.

Paula married twice and had two children. At one point she identified as a lesbian, but later described herself as “a serial bisexual.” Paula’s experience with her sexuality also contributed to aspects of her works, both critical and fictional. 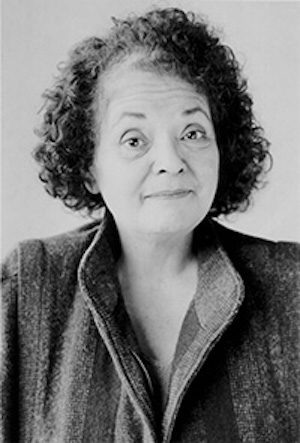 Paula’s stories sourced many memories and experiences from her childhood, often drawing from Pueblo culture. She utilized oral storytelling within her works, discussing traditional tales such as Grandmother Spider or Corn Maiden. Paula was also influenced by the matriarchal elements of her upbringing, which contributed to the feminist elements in her stories and critical works.

She also published a novel titled The Woman Who Owned the Shadows (1983). It tells the survival story of an indigenous woman seeking her future while connecting to her past. The story utilizes traditional rituals and folklore throughout and discusses aspects of racism and sexism.

Perhaps what Paula is best known for are her critical and anthropological works. Her anthology, Studies in American Indian Literature: Critical Essays and Course Designs (1983), is considered a foundational work for Indigenous Literature studies.

Also notable is her most recent publication Pocahontas: Medicine Woman, Spy, Entrepreneur, Diplomat (2004), which discusses the tale of Pocahontas from a realistic lens. It explores and dismantles the stereotypes that came with the popular Disney movie. It received a Pulitzer Prize nomination. 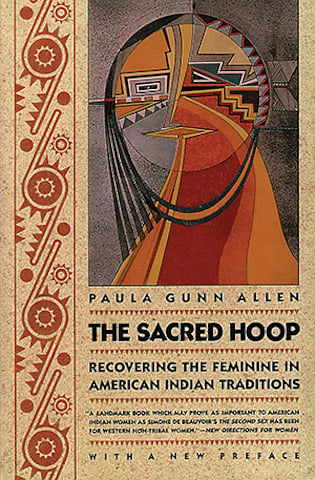 Paula’s widely anthologized 1986 book, The Sacred Hoop: Recovering the Feminine in American Indian Traditions, is arguably her most influential. It was intended to counter many indigenous stereotypes, particularly about gender roles. Paula stated that many indigenous tribes are “gynocentric” — with women and men being considered equals, and argued that western culture placed a patriarchal lens on indigenous cultures.

The Sacred Hoop attempts to destabilize the monolithic narrative of indigenous cultures that western culture often wrongly ascribes to it. Moreover, she disliked the idea that a society can either be matriarchal or patriarchal, the states that these binary options aren’t realistic when examining indigenous cultures.

Her work utilized folklore, ceremonies, and other indigenous literature to discuss such issues. She also believed that this literature is inherently feminist, because many such cultures aren’t patriarchal. To be an indigenous author in itself went against the grain.

In 1990, Paula was awarded the American Book Award from the Before Columbus Foundation. She also received the Native American Literature Prize, The Susan Koppelman Award, and a Lifetime Achievement Award for her edited short stories by Indigenous authors. She also won two Hubbell Medals.

Paula’s exploration of sexuality and feminism helped reshape an inaccurate narrative of Indigenous culture. She placed herself as a liaison between Indigenous and white culture. This position helped her rekindle tales lost by colonization.

A theme in many of Paula’s works is the idea of survival; not of the individual, but of heritage. In many ways, Paula embodied this theme in her own life. She put preservation over everything else. Paula Gunn Allen died of lung cancer on May 29, 2008, survived by her two children. 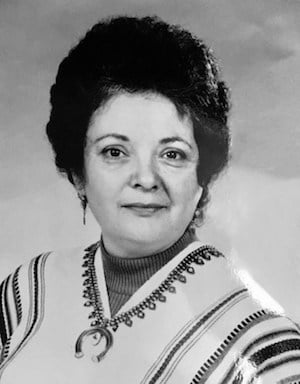