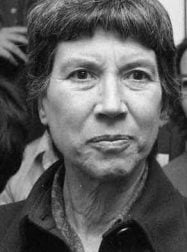 In her works, the reader is struck by the imagery and near lyricism as she describes the mundane details and personal catastrophes that define life under political oppression. It has been said of Ginzburg that she “wrote like a man,” given that she was unsentimental in portraying the historic, violent traumas she witnessed.

Born Natalia Levi in Palermo, Sicily, she grew up under the iron heel of Mussolini’s fascism in the 1930s. She was the youngest of five children of Giuseppe Levi and Lidia Tanzi. For several generations on both sides of the Levi and Tanzi family branches, the family had an inordinately high number of brilliant minds and renowned achievers in the arts and sciences.

When Natalia was three years old, the family relocated to Turin, Italy. Giuseppe, a renowned neuroanatomy professor. Took a position at the University of Turin. In the 1930s and 940s, Turin was the center of anti-fascist activity in Italy — and every member of the Levi family was an active member of the Italian underground Resistance.

Following the Levi family tradition of brilliant minds and high achievements, Natalia started writing and publishing in adolescence. Her first book, a novella titled Il Bambini was published in a distinguished Florentine magazine when she was eighteen. It was released under a pseudonym to hide her Jewish identity. 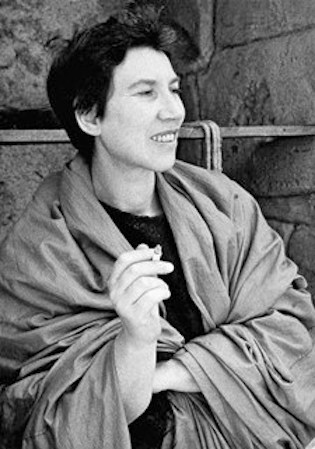 A family of anti-fascist activists

Being Jewish and outspoken against the Italian fascists, the Levi family was brutally retaliated against by the local fascist authorities. Giuseppe Levi lost his job and each of Natalia’s brothers was intermittently arrested for seditious acts. Yet despite the risk, the Levi family continued their anti-fascist work.

In 1934, Natalia’s brother Mario, a journalist, became an unwitting hero when he and an associate were caught at the Swiss border attempting to bring anti-fascist literature into Italy. As his colleague was being arrested, Mario jumped into the Tresa river and swam to safety on the Swiss shore while wearing his overcoat. 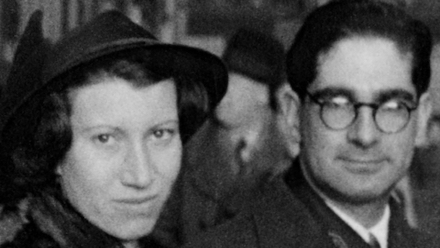 The most renowned and effective Resistance fighter in Turin was Leone Ginzburg, a native of Odessa, Ukraine. Ginzburg was a professor of Russian literature at the University of Turin and a close friend of the Levi family.

Despite the coming World War, Leone and Natalia were married in 1938 — a testament to the hope of a peaceful future, and the great power of love and family. The couple had three children, the oldest of whom, Carlo Ginzburg, is currently an eminent historian at the University of California Los Angeles.

Two years after they were married, Leone was sent into confino, (internal exile). He and Natalia were sent to the isolated and very poor countryside of Abruzzi. The fascists were convinced that by removing Ginzburg from the political activity in Italian cities, he would cease to be effective.

But despite his confino, the fascist authorities continued to fear Ginzburg’s organizing power and popularity with the Italian people. Ginzburg was a resistance leader who did not abandon his work despite the risk to his and his family’s life.

After Mussolini was deposed in 1943, Leone and Natalia returned to Rome to work on an underground press. Five months later, Leone disappeared. Natalia later found out he had died in prison of “cardiac arrest,” the medical term given when a prisoner dies of torture. She recalled:

“Arriving in Rome, I breathed a sigh of relief believing that a happy period was about to begin for us. I didn’t have any reason to believe this, but I did. We had a place to stay near the Piazza Bologna. Leone was the editor of a clandestine paper and was never home. They arrested him twenty days after our arrival and I never saw him again.” 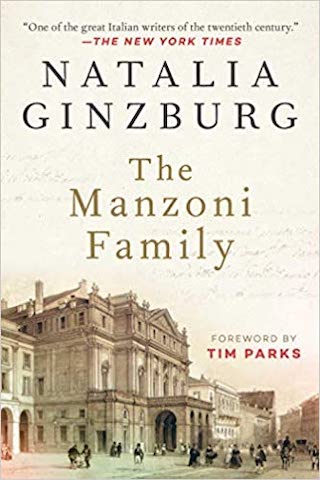 Career as an editor and author

After Leone’s death, Natalia stayed in Rome and worked for Einaudi Publishers as an editor. She was the first Italian translator of Proust’s Swann’s Way and found great satisfaction working and befriending other renowned Italian writers, including Carlo Levi, Primo Levi, Elsa Morante, and Italo Calvino.

Family Lexicon was the recipient of Italy’s 1963 Straga Prize (the Italian version of the American Pulitzer Prize and National Book Award). Family Lexicon was published as a novel, and, despite the resemblance to the Turin household of her youth in the 1930s and 1940s, Natalia was adamant that it was a work of fiction. 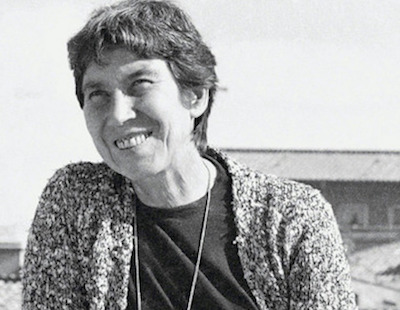 Through all of her copious writings and life as a public intellectual in Italian culture, Natalia also remained an activist. In the last decade of her life she became politically active and was elected as an independent left-wing deputy in 1983. She was reelected in 1987. She was motivated by a profound sense of justice, and championed causes that affected impoverished Italian populations the most, such as food prices and legal representation for crime victims.

Finding herself uncomfortable with the limitations of party politics, Natalia retired from this pursuit. She spent the last three years of her life in Rome, where she died peacefully at the age of seventy-five in 1991.

Natalia Ginzburg and her fellow Italian writers from the post-World War II generation have been experiencing a renaissance for the past decade. There have been reissues of their work with new translations and new introductions. These include a reissue of Valentino and Sagittarius by the New York Review of Books in 2020 in a single volume. At a lecture to launch this publication, Cynthia Zarin and Jhumpa Lahiri paid homage to the life and works of Natalia Ginzburg.

With so many of her works available in English translation, Natalia Ginzburg is an esteemed author worth discovering.

For a more detailed listing of Natalia Ginzburg’s works, including essays, plays, and names of translators, follow this link.