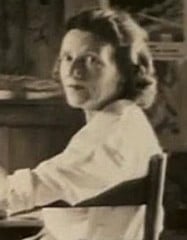 Born in Cape May, New Jersey, she was raised in the Brooklyn Heights, New York, mainly by her father. Her mother died when she was a child.

Against her father’s wishes, in 1905 she married a distant cousin, Kent Kane Parrot. Sadly, their daughter died of skin cancer when in her early teens. The couple, who also had a son, divorced around 1920, after which, Mary began working as a screenwriter in Hollywood.

Following the end of her marriage to Parrot, Mary worked as a Hollywood screenwriter. The Prisoner of Zenda became the best known of the screenplays she wrote.

Mary O’Hara’s 1922 marriage to Helge Sture-Vasa, proved pivotal to the direction of her life. In 1930, she and her husband bought a ranch in Laramie County, Wyoming. Originally, they planned to raise sheep, but that business was decimated by Depression. They bred horses, ran a summer camp for boys, and did any other work they could to earn a living.

Mary was torn between the duties of working the ranch, with its exhausting, endless chores, and her ambition to be a writer, composer, and pianist. 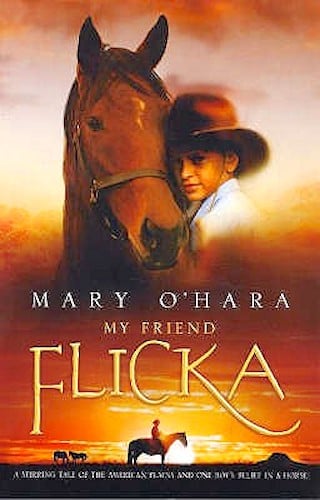 The ranch life and the rugged Wyoming backdrop proved to be the inspiration for what would become Mary’s most enduring work. My Friend Flicka, the story of Ken McLaughlin, a rancher’s son and his horse, was published in 1941, and became a trilogy along withThunderhead (1943), and Green Grass of Wyoming (1946).

Mary’s sale of Flicka couldn’t have occurred at a more opportune moment — they were literally about to lose the ranch. Here’s the announcement from King Features Syndicate on December 3, 1941:

“A mortgage of $3,800 was due on the modest Wyoming ranch owned by a former Hollywood screen writer and her husband. There was no money to pay it off. Two days before the final due date, the woman received a check for $4,500 — just like in the fairy books. Her name is Mary O’Hara.

The check was from the magazine Redbook in payment for serial rights to her first novel, My Friend Flicka, which had been rejected by practically every other publication. Today, in book form, the story has become one of the Nation’s best sellers — and only recently 20th Century-Fox paid $50,000 for the screen rights.” 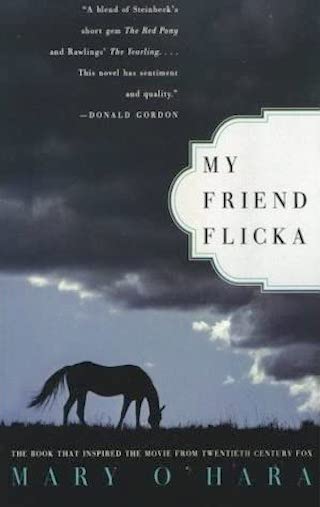 My Friend Flicka became a popular film in 1943, featuring a young Roddy MacDowell in the lead role. A sequel, Thunderhead: Son of Flicka  (1945) and Green Grass of Wyoming (1948) were produced in turn.

From 1956 to 1957, a television series based on My Friend Flicka aired. Though it was short-lived, it was often re-run through the mid-1960s. The sentimental film interpretations may have had a somewhat negative impact on the literary legacy of Mary O’Hara.

Mary’s second marriage to the hard-drinking and philandering Helge eventually ended in divorce, after which she moved to Connecticut, and continued to write as well as develop her musical talent in piano and composition. She composed a musical, “The Catch Colt,” first performed in 1961 and formally published in 1964.

Mary O’Hara continued to write compositions for the piano, and to gather her memories for two autobiographies. She died at the age of 95 in Chevy Chase, Maryland, on October 14, 1980.

“Looking backward through life, one can see the points of change like great locks through which one glides on a flood wave, so smoothly, on such irresistible power that one is hardly aware of any movement. But life is never the same again. One has gone through the lock and lives on a new level.” (Green Grass of Wyoming)

“Sooner or later every writer evolves his own definition of a story. Mine is: A reflection of life plus beginning and end (life seems not to have either) and a meaning.”

“To learn all that a horse could teach was a world of knowledge, but only a beginning. Look into a horse’s eye and you instantly know if you can trust him.”

“I’ll go on writing till the end of my days. I have been writing too long to stop.”