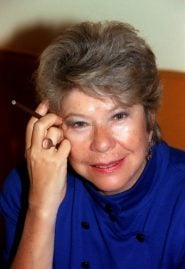 Marilyn French (November 21, 1929 – May 2, 2009) was an American author and radical feminist activist best known for her debut novel, The Women’s Room.

French wrote many other controversial works after The Women’s Room made her a literary star in the modern feminist movement.

Born Marilyn Edwards in Brooklyn, New York, she was the daughter of third-generation Polish immigrants. Her father, E. Charles Edwards was an engineer and her mother, Isabel Hazz Edwards, was a department store clerk.

While growing up, French recalled that her mother was the dominant figure in the family’s poor household. This became an early lesson in her life to not succumb to male authority. 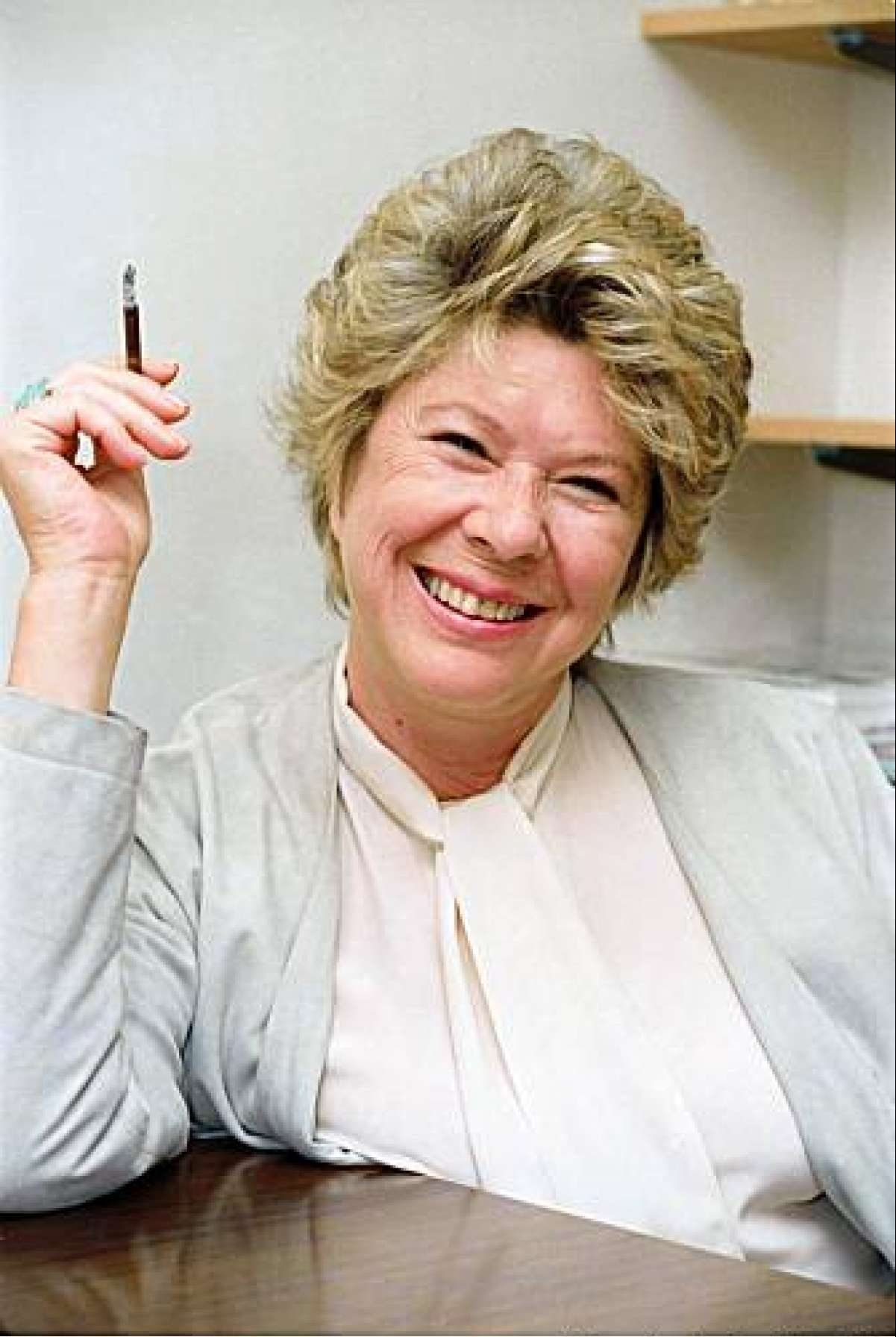 As a child, French played the piano and dreamed of one day becoming a composer. That changed once she arrived at Hofstra University, then known as Hofstra College, in 1951. Before attending Hofstra, she married Robert M. French Jr. in 1950.

While working on her education, she endured her husband’s disapproval of her education, all the while supporting him through his law school studies. Her marriage was reportedly unhappy, as she once said “I saw my mother’s life. I tried very hard to escape and I ended up in the same trap.” Despite this, she earned her bachelor’s degree in philosophy and English literature.

After the couple had two children, French returned to Hofstra and in 1964 earned her Master’s degree in English. After graduating, she became an English instructor at Hofstra, a post she held until 1968. In 1967, she divorced Robert French and went back to school yet again, earning a Ph.D. from Harvard University in 1972. 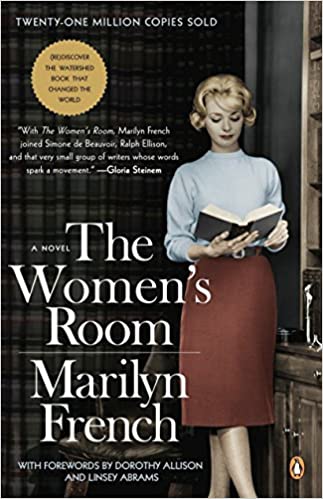 After earning her doctorate, French worked as an assistant professor of English at the College of the Holy Cross Worcester, Massachusetts from 1972 to 1976. At the same time, she began creating works that focused on patriarchy and women’s history. In particular, her thesis on James Joyce’s Ulysses gained a substantial amount of praise.

She credited her expanding awareness of feminism to her troubled marriage, the rape of her eighteen-year-old daughter in 1971, and Kate Millet’s Sexual Politics. In addition to working as an assistant professor, she was also a Mellon Fellow in English at Harvard from 1976 to 1977.

In addition to the novels and other works she created, she also contributed articles and essays to journals, such as Soundings and Ohio Review, under the pen name Mara Solwoska.

In 1977, French published her first and best-known novel, The Women’s Room, which reflects on her own life. It follows a group of female friends living in 1960s America with a militant radical feminist named Val. At one point in the novel, Val says, “all men are rapists, and that’s all they are. They rape us with their eyes, their laws, and their codes.”

The controversial novel was translated into twenty languages and sold over twenty million copies. Although The Women’s Room was followed by notable gains in the three decades after its publication, she pointed out that there was still much lingering gender inequality.

Aside from this novel, she created significant work in her later life called From Eve to Dawn: A History of Women. It was first published in Dutch in 1995 and translated to English in 2002. This novel examined how exclusion from intellectual histories has denied women of their past, present, and future. 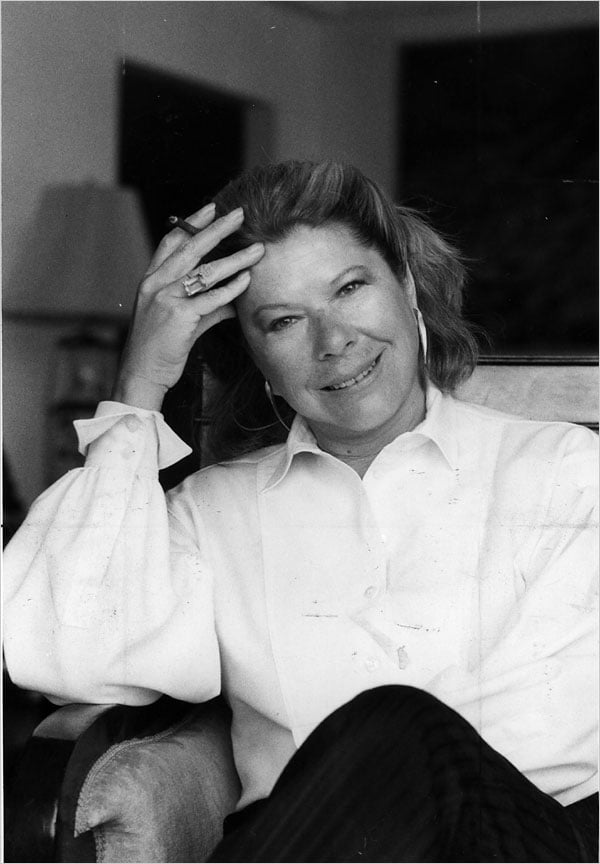 French primarily focused on the subjugation of women in her works. She often examined the expectations placed on married women after the World War II era. She also became an influential opinion-maker on gender issues she witnessed in the patriarchal society in which she lived.

She once said, “My goal in life is to change the entire social and economic structure of Western civilization, to make it a feminist world.”

She also often declared that the oppression of women was a byproduct of an  entrenched male-dominated culture. In her 1992 novel, The War Against Women, she expanded on female oppression, writing: “Men’s need to dominate women may be based in their own sense of marginality or emptiness; we do not know its root, and men are making no effort to discover it.”

Despite negative reviews, The Women’s Room remained a best-seller for two years, was translated into over twenty languages, and was adapted to film. A few years later in 1982, the Berkley Publishing Group commended it as one of its top five paperback sellers of all time.

In 1993, French earned the Harvard Centennial Medal, the highest honor bestowed by the Graduate School of Arts and Sciences.

In 1992, French was diagnosed with esophageal cancer after being a longtime smoker. Doctors told her she only had a few months to live. In the years following her supposed death sentence, she continued publishing an astonishing amount of works. Her battle with illness became the basis of her book, A Season in Hell: A Memoir, published in 1998.

French won her battle with cancer. “I cannot say I am happy I was sick, but I am happy that sickness, if it had to happen, brought me to where I am now. It is a better place than I have been before.” 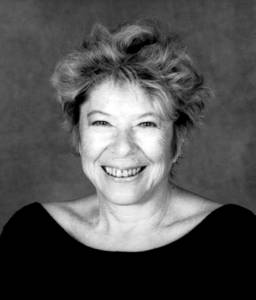 The legacy of Marilyn French

French died in 2009 of heart failure at age 79, in New York City. “She was in pain for fifteen years but she was extremely brave. She fought through it, she wrote through it and carried on her life. The printed word was a source of life for her,” said Carol Jenkins, a friend of the author, who runs the Women’s Media Center, an advocacy group in New York.

In the years prior to her death, French believed that she had seen a notable change in society’s attitude towards women, though progress was still needed. American author Florence Howe said of French’s work that “For the first time women have history. The world changed and she helped change it.”

2 Responses to “Marilyn French, Author of The Women’s Room”