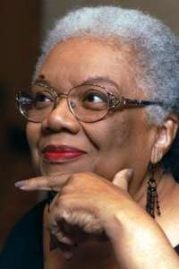 Clifton’s work focused on issues of race, family affairs, and gender through the lens of the African-American experience. She also created works about women’s issues, everyday family struggles, and health. Her work has been described as feminist.

Clifton’s poetry was first published by Langston Hughes, who included it in his impactful anthology, The Poetry of the Negro (1746-1970).

Clifton’s poetry is easily identified because of the purposeful lack of capitalization and proper punctuation. The central message of her work is the celebration of African-American heritage and the endurance, strength, and beauty of Black women.

Poet Elizabeth Alexander praises Clifton’s use of strong language in her poetry, which was often spare and brief. Robin Becker of The American Poetry Review states that Clifton emphasizes the human element and morality of her poetry that’s amplified by the use of improper grammar.

Devoted to expressing the painful history of African-Americans,  she also explored ideas of beauty and courage. Clifton sometimes conveyed her messages through the voices of Biblical characters, and paid homage to her personal heroes, including W.E.B. Dubois, Nelson and Winnie Mandela, Huey Newton, and others. 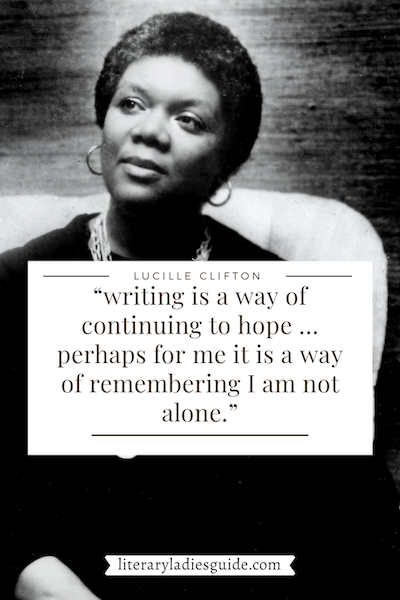 Born Thelma Lucille Sayles, Lucille Clifton was born in DePew, New York and raised in Buffalo. She attended Howard University and majored in drama, and left to pursue her passion for poetry.

Returning to her hometown in 1955, Clifton completed her studies at Fredonia College and met Fred Clifton, a professor of philosophy at the University of Buffalo. They married three years later. The couple moved to Baltimore, Maryland and raised a family of six children — two sons and four daughters.

Clifton completed her residency at Coppin State College in Baltimore, MD, and subsequently obtained a visiting professorship at Columbia University and at George Washington University. She also taught literature and creative writing at the University of California at Santa Cruz and at St. Mary’s College of Maryland, and was Maryland’s Poet Laureate from 1974 to 1985.

Comparing Clifton’s poetry to her children’s books, Jocelyn K. Moody wrote in the Oxford Companion to African American Literature, “Like her poetry, Clifton’s short fiction extols the human capacity for love, rejuvenation, and transcendence over weakness and malevolence even as it exposes the myth of the American dream.” 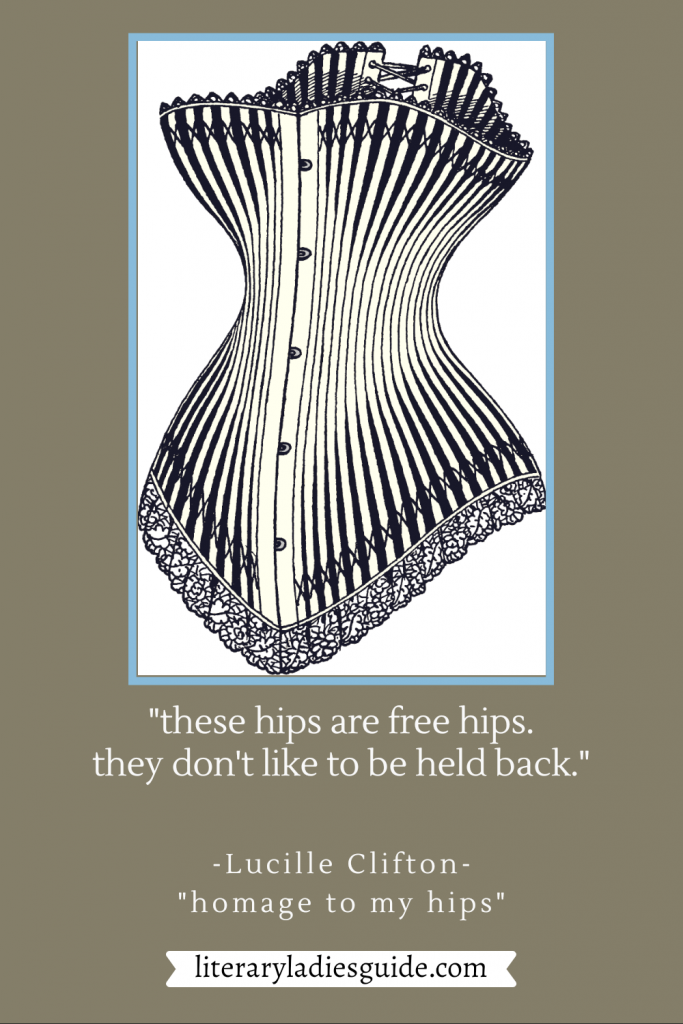 Clifton published her first poetry collection, Good Times: Poems in 1969. It was widely praised and was named as one of the top ten best books of 1969 on several lists. Her second collection, Good News about the Earth: New Poems (1972) addressed the societal and political changes of the 1960s and 1970s, and paid tribute to the many African American political leaders.

Her third collection, An Ordinary Woman (1974), focused far less on social issues and more about her experiences as an African-American woman.

Clifton’s widely respected poetry, including the well-known “homage to my hips,” embraces female identity. In what is one of her most famous poems, she made the bold statement that her hips “don’t fit into those petty places” and they will not be held back or “enslaved.” Clifton conveys the message that she won’t conform to the societal definition of female beauty, but instead embraces herself and her body.

Reynolds Price wrote in The New York Times Book Review that Clifton’s fourth book was a gracefully written eulogy to Clifton’s parents that celebrated them. It was later incorporated into Good Woman: Poems and a Memoir: 1969-1980, and was followed by Quilting and The Book of Light.

Blessing the Boats addressed her battle with breast cancer. Her poem “1994” was about her the lumpectomy she had that year to remove cancerous cells. At the beginning of the poem, she described the pain of cancer as a “thumb of ice” near the heart.

Clifton uses cold imagery throughout this poem to convey feel her fear of loss of identity and femininity through the experience of having lost her breasts and hair, and going through the phases of chemotherapy.

Lucille Clifton passed away at the age of 73 in 2010 after a long battle with cancer.

She also received the National Book Award for Blessing the Boats: New and Selected Poems (1988-2000), and the highly esteemed Ruth Lilly Poetry Prize for lifetime achievement in poetry in 2007.

Two-Headed Woman was both a Pulitzer Prize nominee and a University of Massachusetts Jupiter Prize winner.

My Friend Jacob also won the Access to Equality Conference Award for Children’s Literature in “Recognition for Outstanding Treatment of Disabled Children.” 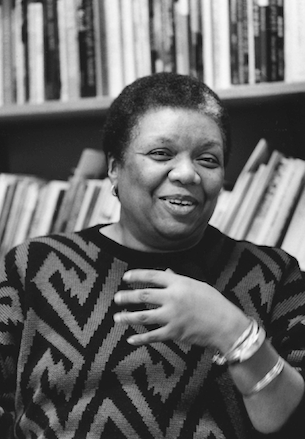 In an interview with Antioch Review’s Michael S. Glaser, Clifton states that “writing is a way of continuing to hope … perhaps for me it is a way of remembering I am not alone.” In 1976, she published her memoir, Generations.

Through her writings Clifton hoped “to be seen as a woman whose roots go back to Africa, who tried to honor being human. My inclination is to try to help.”