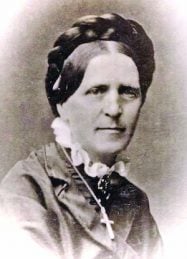 Born in rural Hirzel, not far from Zurich, she grew up in a happy, cultured home in a literary environment. Her mother, Meta Huesser, was a popular songwriter and poet. Her father was a well-known and greatly beloved physician in Zurich. The Huessers opened their home to the intellectual and literary figures of that time and place.

In 1852, when Johanna was 25, she married a former schoolmate, Bernhard Spyri, who became an attorney. While the couple was living in Zurich, she began to tell stories to their son to amuse him, and her husband encouraged her to set them to paper.

It would take many years before her work was published, however. Her first story, about a woman’s experience with domestic abuse, wasn’t published until 1880, when the author was already in her early fifties. 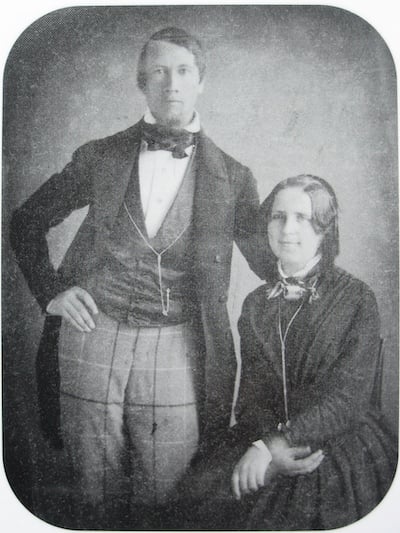 How Heidi came about

Heidi was published in its original German in 1881. Its original subtitled states that it is “a book for children and those who love children.”

Tragically, Spyri’s husband and their son both died in the same year, 1884. Spyri continued to write prolifically as well as to devote herself to charitable causes. None of the dozens of subsequent novels and stories she published came close to the success of Heidi, though that work alone was enough to make Johanna Spyri a national legend. It’s one of the bestselling books not only in Switzerland, but over the entire world.

Heidi has ranked with the Bible and Shakespeare as one of the world’s most widely read books. Translated into dozens of languages, tens of millions of copies have been printed.

In 1884, Heidi saw its first American publication, in a translation by Louise Brooks. As it was in its home country, it was an immediate bestseller, and has been beloved by generations since. 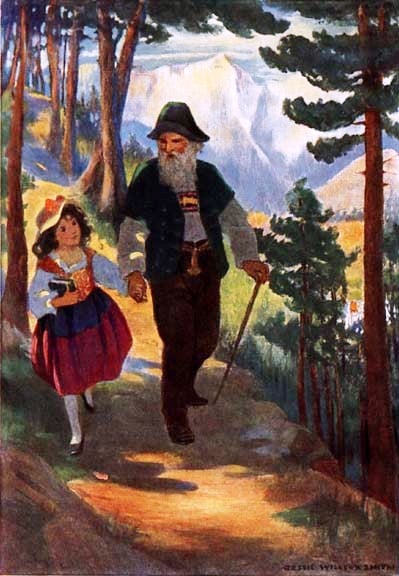 It’s hard to know what accounts for the universal popularity of Heidi. It’s a simple tale of an orphan girl (of course) who is left by her aunt Dete, who has been caring for her, with her crusty grandfather, a veritable hermit living in the Swiss Alps with a few goats.

Heidi wins him over (of course) and grows to love him, the mountains, and the little goat herd Peter, her only friend. After a time, Dete comes back for Heidi, over Grandfather’s objections, having secured a place for her as a companion to the disabled young daughter of a wealthy businessman.

Heidi grows attached to the girl, and vice versa, but can’t shake her homesickness. She is returned to Grandfather, and, after some turmoil, all is well that ends well. Read more about Heidi here. 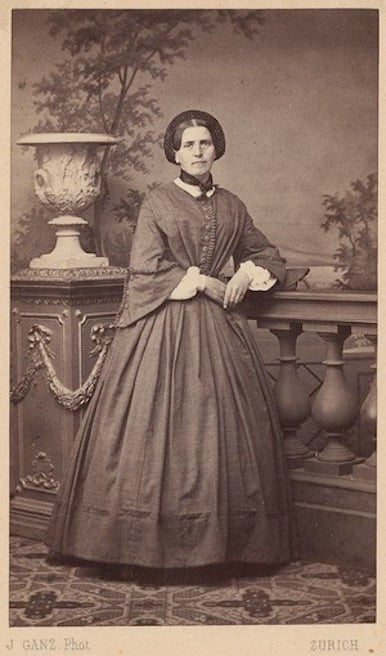 Johanna Spyri is a legend in her home country of Switzerland. The Johanna Spyri Museum, dedicated to her life and work, is located not far from Zurich in Hirzel, where the author was born and grew up, states:

“It is not only Heidi’s world, but also that of her creator that you get to know in Zürich’s Hirzel. This is where the little Johanna Louise Heusser went to school. Since 1981 the Johanna Spyri Museum has been located in the Old School House.” 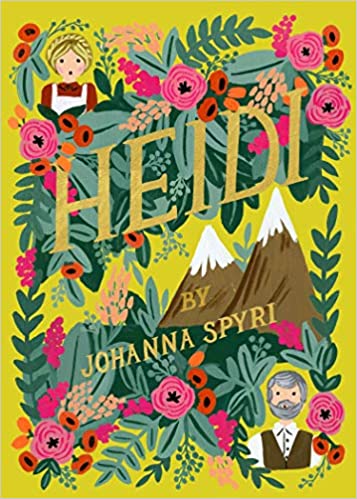 A surprising number of Spyri’s other works have been translated into English. One of the most popular, other than Heidi, is arguably Cornelli. You can find full texts of Spyri’s English translations on Project Gutenberg.

Other authors have traded in on the success of Heidi by writing sequels. Heidi Grows Up and Heidi’s Children were written by Charles Tritten in the 1930s. By then, Heidi as well as its translations were in the public domain.

In 2015, an English language edition titled The Complete Works of Johanna Spyri was published in a digital edition. It includes Heidi and eleven other works, so it’s actually not her complete oeuvre, but mainly those that have been translated. Still, it’s valuable to have access to more of Spyri’s works in translation.

In the Foreword, the editor of this edition states:

“Many writers have suffered injustice in being known as the author of but one book. Robinson Crusoe was not Defoe’s only masterpiece, nor did Bunyan confine his best powers to Pilgrim’s Progress … Such too has been the fate of Johanna Spyri, the Swiss authoress, whose reputation is mistakenly supposed to rest on the story of Heidi.

To be sure, Heidi is a book that in its field can hardly be overpraised. The winsome, kind-hearted little heroine in her mountain background is a figure to be remembered from childhood to old age. Nevertheless, Madame Spyri has shown here but one side of her narrative ability.” 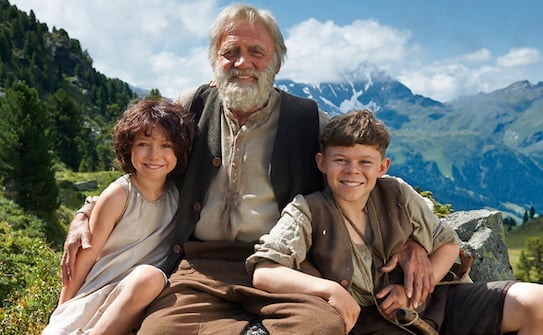 Heidi has also been adapted numerous times to the stage, including an opera, plus several movies and television series.

Major Works (that have been translated into English)