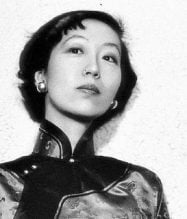 Eileen Chang, also known as Chang Ai-ling or Zhang Ailing (September 30, 1920 – September 8, 1995), was a Chinese essayist, novelist, and screenwriter. Although Chang’s somber love stories are widely recognized, her construction of an alternative wartime narrative is considered a significant contribution to Chinese literature.

Chang was born in Zhang Ying, Shanghai, China to a well-known family; her grandfather was a son-in-law to Qing court official Li Hongzhang. In 1922 when Chang was two, her family relocated to Tianjin. Soon after, her father introduced her to Tang poetry at the age of three. Her mother also introduced her to painting, piano, and English in her early years.

While in Tianjin in 1924, Chang’s father became addicted to opium and frequented prostitutes. As a result, her mother decided to leave to study in France with her aunt. During this time, Chang started school at the age of four where she excelled in English.

After three years in France, Chang’s mother returned to Tianjin in 1927 after her father promised to end his drug usage and affairs. They moved back to Shanghai in 1928 for a fresh start, but to no avail, the marriage ended in 1930. After their divorce, Chang and her younger brother, Zhang Zijing, were raised by their father. 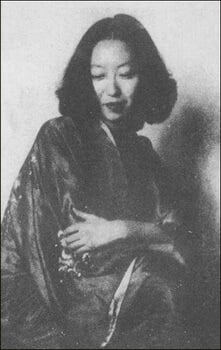 At the age of ten, Eileen Chang’s mother renamed her Ailing in preparation for becoming a student at an English school. In 1937, Chang graduated from St. Mary’s Hall in Shanghai, an all-female Christian high school. Throughout her time in school, it was evident that she had a talent for literature, and had writings published in her school magazine. She read Dream of the Red Chamber, one of the Four Great Classical Novels of Chinese literature, which later influenced her works throughout her career.

Upon graduating, she contracted dysentery, an infection of the intestines. Rather than help her seek treatment, her father physically abused her and confined her to her bedroom for six months. Shortly after her eighteenth birthday, she ran away to live with her mother.

In 1939, Cheng was accepted to the University of London with a full scholarship. But with war rumbling in Europe, she was unable to attend and instead studied English Literature at the University of Hong Kong. There she met Fatima Mohideen, who would become a life-long friend. Chang was one semester short of earning her degree in December 1941, but when Hong Kong fell to the Empire of Japan, she was unable to finish. 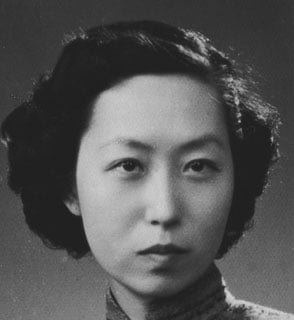 In 1943, Cheng was introduced to Zhou Shoujuan, a prominent editor. Then twenty-three years old, she showed him some of her written work and soon, with Zhou’s commendation, she became the most promising new writer in Shanghai.

Over the next two years, she wrote some of her most notable works, including Love in a Fallen City and The Golden Cangue (1943). She also wrote novellas and short stories that were collected in Romances (1944). It became an immediate bestseller in Shanghai and from there, gained traction with Chinese readers throughout the country. Chang  became a literary star.

In 1945, a collection of Cheng’s essays appeared as Written on Water. Her reputation began to diminish due to postwar cultural and political disorder. This worsened after the Communist takeover in 1949. In 1952, Chang left China for Hong Kong after realizing her writing career in Shanghai was over.

Chang worked as a translator in Hong Kong for the United States Information Service for three years. During this time, she wrote The Rice Sprout Song, her first novel entirely in English. While in Hong Kong, she also translated numerous English books into Chinese, including books by Ernest Hemingway. In 1955, Chang left for the United States, never to return to China or Hong Kong again.

In the early 1940s, Chang met her first husband, Hu Lancheng, who was 37 at the time. The two married in a private ceremony, Fatima Mohideen being the only one in attendance.

Some labeled Hu as a traitor because he was collaborating with the Japanese during World War II, but Chang remained loyal. Their marriage ended when Hu seduced a seventeen-year-old nurse while staying at a local hospital. Soon after Japan was defeated in 1945, he changed his identity, moved to the nearby city of Wenzhou, and married Fan Xiumei. Hu and Chang officially divorced in 1947.

After her divorce, Chang attended the MacDowell Colony in New Hampshire. There she met and developed a relationship with American screenwriter Ferdinand Reyher of Philadelphia. The couple married in New York City on August 14, 1956, and moved back to New Hampshire.  Chang became a U.S. citizen in 1960 and went to Taiwan to seek more opportunities, returning after two years. Reher suffered several strokes in the course of the marriage and became paralyzed. He passed away on October 8, 1967. 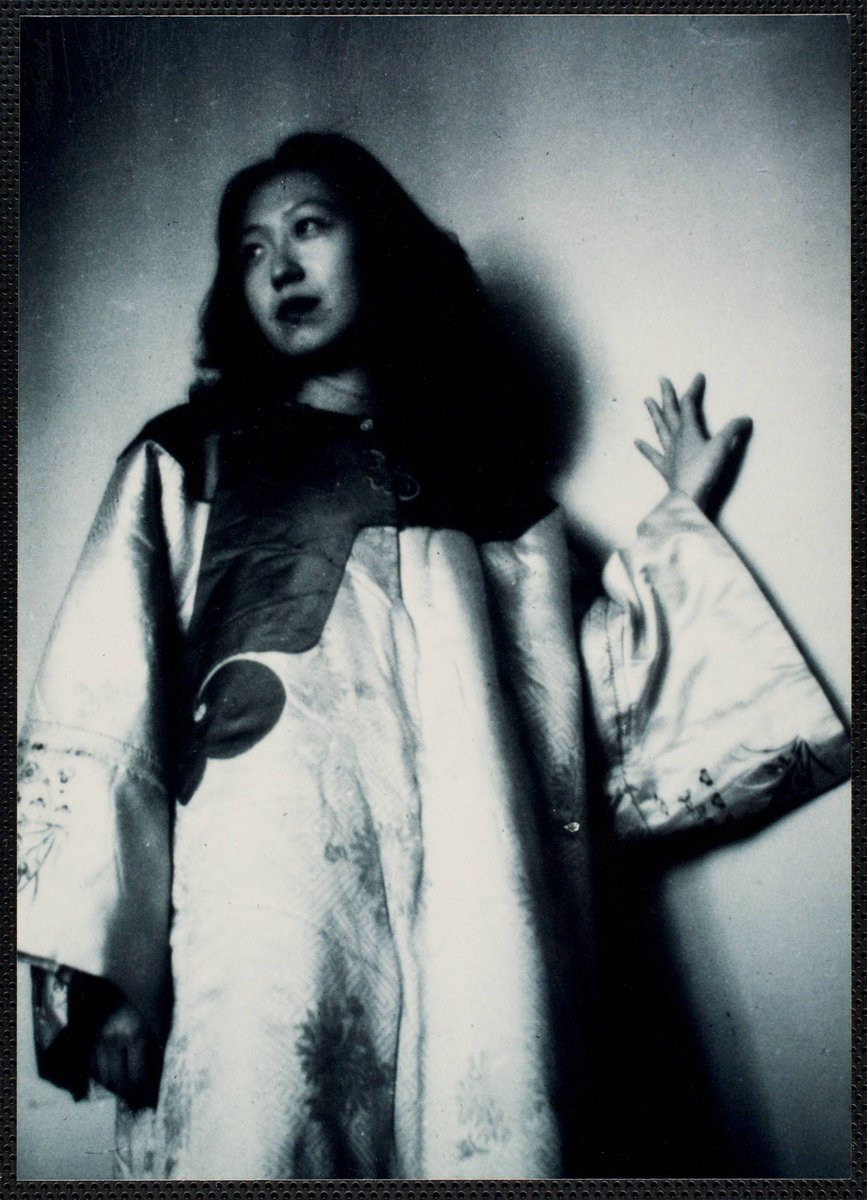 Chang’s work focuses a great deal on the issues among men and women in love. Some critics consider her work to be among the best Chinese literature of the period. Her focus on everyday life in 1940s Shanghai and Hong Kong was noted for its absence of political subtext, something many writers of her time could not achieve. She also depicted powerlessness and the somber truth of human life in a smooth and graceful style.

Chang has been listed as one of China’s four women geniuses, along with Lu Bicheng, Xiao Hong, and Shi Pingmei. Many films, television dramas, and theatrical plays were created based upon her works.

Director Ang Lee won his second Golden Lion Award at the Venice Film Festival for his film, Lust, Caution, a film based upon Chang’s short story. 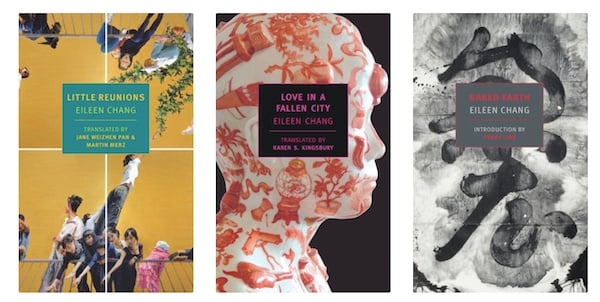 In 1969, Chang became a senior researcher at the Center for Chinese Studies of Berkeley where she conducted research on special terms used by the Chinese Communists.  She relocated to Los Angeles in 1972. In 1978, Crown Magazine published “Lust, Caution,” “Fu Hua Lang Rui,” and “Xiang Jian Huan.”

Chang passed away on September 8, 1995, in her apartment on Rochester Avenue in Westwood, Los Angeles. Her landlord became concerned after she had not answered her telephone for several days and discovered her lifeless body soon after. According to her death certificate, she died from cardiovascular disease. As per Chang’s will, she was cremated with no memorial service. Her ashes were scattered in the Pacific Ocean

Many Taiwanese creative writers of the 1970s  were influenced by Chang. In the 1980s and 1990s, young women authors came together as a group inspired by her and her works. Many notable authors were inspired by Chang, including Wang Anyi, Su Tong, and Ye Zhaoyan.

Poet and Southern California professor Dominic Cheung said, “had it not been for the political division between the Nationalist and Communist Chinese, she would have almost certainly won a Nobel Prize.” 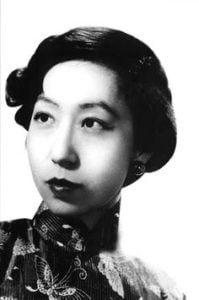