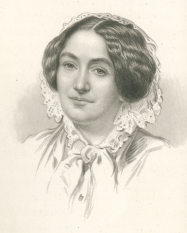 Her work as an editor demonstrated her strong commitment to realism in what she deemed acceptable for publication along with her critical skill in her reviews.

Caroline Stansbury was born into a middle-class family in New York City, the oldest of eleven siblings. Her mother was a writer of fictional stories and poetry, and her entire family had a love of reading. One of her greatest influences was her grandfather, Joseph Stansbury, who was an ardent Loyalist during the American Revolution.

Caroline attended school at her aunt’s prestigious school for young ladies. Here, she excelled both in the classroom and in extracurricular activities, such as music and dance. Afterward, she worked alongside her aunt, Lydia Philadelphia Mott, who became the headmistress at several academically outstanding schools for young women.

Caroline’s father died when she was twenty-one years old, and from that time on, Kirkland took on the responsibility of supporting her family.

After her father’s death, Caroline and her family moved to upstate New York, where she taught and would soon meet her future husband, William Kirkland. The couple married in 1828 and settled in Geneva, New York.

The couple had seven children, four of whom survived early childhood. Here, they also founded the Domestic school for boys. Caroline believed her students should be treated as part of their family, so she watched over her own children as well as the resident boys.

The Kirklands left Geneva in 1835 to what was then considered a frontier town — now known as Detroit, Michigan. William Kirkland followed his dreams by purchasing land, and helped found the village of Pinckney, just northwest of Detroit, in 1837.

Success soon came their way as Caroline’s book, A New Home; Who’ll Follow?, was published. She wrote another book about the settlements titled Forest Life. 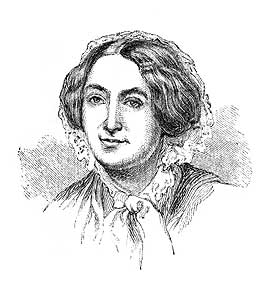 A land scam in Pinckney

The Kirklands left Michigan in 1843 after learning that William, like his neighbors, was tricked by corrupt land agents. Wildcat banks issued paper notes that had no value, and then closed practically overnight. Others who joined them in Pinckney similarly duped in the new settlement.

In addition to losing money, the Kirklands felt as though their neighbors had turned against them because of Caroline’s revelations of life on the frontier. Just two years after leaving Michigan, Caroline wrote a third book based on frontier life called Western Clearings. Afterward, she returned to New York City to be with her family.

The family’s move back to New York City seemed promising. Their son, Joseph Kirkland, was becoming a recognized writer. William began working in the newspaper business as an editor of the New York Evening Mirror along with his own paper, the Christian Inquirer.

William’s good fortune was short-lived; in 1846, near-sighted and hard of hearing, he accidentally fell of a pier and drowned. For the second time in her life, Caroline was left to care for her family alone.

After the sudden death of her husband, Caroline opened a school for girls in New York City and began working as an editor of Union Magazine (1847 to 1849).

She became part of the literary social life of the New York City as well. Her home became a literary salon where she often entertained writers, publishers, and other nobles, including Edgar Allan Poe, William Cullen Bryant, Elizabeth Drew Stoddard, and others. Poe, in particular, believed that she was a gifted American writer. Here is an excerpt of Poe’s critique of A New Home:

“Mrs. Kirkland’s A New Home, published under the nom de plume Mary Clavers, wrought an undoubted sensation. The cause lay not so much in the picturesque description, in racy humor, or animated individual portraiture, as in truth and novelty.

The west at the time was a field comparatively untrodden by the sketcher or the novelist. In certain works, to be sure, we had obtained brief glimpses of character strange to us sojourners in the civilized east, but to Mrs. Kirkland alone we were indebted for our acquaintance with the home and home-life of the backwoodsman.”

From 1848 through 1850, Caroline traveled abroad, where she was received by Charles Dickens and the Brownings — Elizabeth Barrett Browning and Robert Browning. During this time, she also became very close friends and correspondents of Harriet Martineau.

Caroline Kirkland had gained much fame and praise from her work during her lifetime. She wrote primarily because she liked to write, and published only what she thought was well written. Though she wrote from a decidedly female perspective, her writings wer intended for both women and men.

Her work discusses the frontier, more specifically the movement west of white settlers. A New Home: Who’ll Follow? (1839) debunked the popular belief that the West is a place of untapped wealth. “I have never seen a cougar—nor been bitten by a rattlesnake,” she tells readers.

She writes from the perspective of other woman of her time migrating Westward, most always compelled to follow the man. She delves into the cost to women of constantly having to pursue a change to improve one’s lot in life.

Her work provided context for the commitment of mid-19th-century women to the values of home, domesticity, and family. She was also an excellent, and fairly rare, example of an early American woman writer who was able to successfully establish a voice in a male-dominated profession. 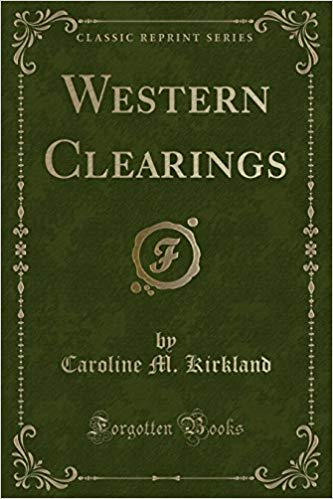 Caroline Kirkland continued to create literary works until her death in 1864. After her death, Bayard Taylor, an author and Western correspondent, remembered her as “the possessor of more genius than any woman in America.”

Subsequently, her work was overlooked for more than a century. In the 1970s, her work was rediscovered, establishing her reputation as a social critic and pioneering literary realist. Today, her works continue to be studied for their contributions to American literature and the influence of the female perspective.

Essays and excerpts by Caroline Kirkland subsequently appeared in a number of contemporary anthologies, Including Women’s Work: An Anthology of American Literature (1984). In 1994, Lori Merish’s “The Hand of Refined Taste” in the Frontier Landscape: Caroline Kirkland’s A New Home, Who’ll Follow? And the Feminization of American Consumerism” won the Constance M. Rourke Prize.