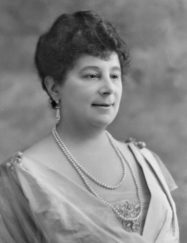 Baroness Orczy (September 23, 1865 – November 12, 1947) was born Emma (or “Emmuska”) Magdolna Rozália Mária Jozefa Borbála Orczy de Orci in Tarnaörs, Heves County, Hungary. She’s best known for The Scarlet Pimpernel and its numerous sequels, some of which were adapted to stage and film.

Both of her parents were of aristocratic ancestry. Her father Felix was a Baron and a composer and her mother, also named Emma, was a Countess and daughter of a member of the Hungarian parliament.

When revolution threatened Hungary in 1868, her parents were forced to flee their homeland and lived at various times in Budapest, Paris, and Brussels until 1880 when the family settled in London. There, Emma studied both art and music. Some of her art works were exhibited at the Royal Academy.

Marriage, family, and writing out of need

In 1894, at the age of 29, she married Henry George Montagu MacLean Barstow, the son of an English clergyman. Their only child, John Montagu Orczy Barstow, was born on February 25, 1899.

The couple had very little money and Emma’s husband Montagu worked as a translator and illustrator to supplement his meagre income and she began writing detective stories that were published in the Royal Magazine. Her first novel, The Emperor’s Candlesticks (1899), did not do well but her second, Mary’s Reign (1901), was more successful.

Drawing upon family history of flight and exile

In one of her short stories, Emma drew on her own family’s history of flight and exile and created the heroic character of Sir Percy Blakeney, the English gentleman who outwardly appears to be a haughty and foppish wastrel, but secretly uses his skills in swordsmanship and clever disguises to rescue aristocrats from the French Revolution.

Emma and Montagu co-wrote a play based on this story which opened first at Nottingham’s Theatre Royal in 1903 and then transferred in 1905 to the New Theatre in London’s West End where it ran for over 2,000 performances, becoming one of the most popular plays staged in England. 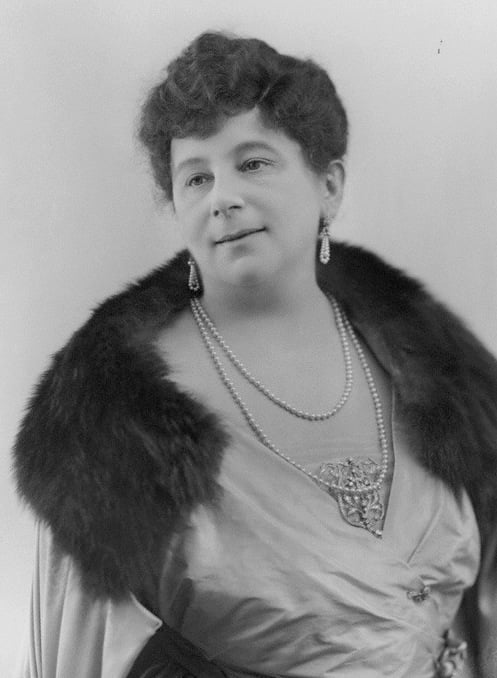 The Scarlet Pimpernel (1905) sealed Orczy’s success when the play was turned into a novel that was published worldwide.

Baroness Orczy went on to write several more sequels and prequels featuring Sir Percy as well as numerous other historical adventure novels and mysteries although none ever matched the popularity of her most famous work which is still in print today.

The Scarlet Pimpernel and its sequels were adapted for several movies. The first was a silent version in 1917 starring Dustin Farnum; Leslie Howard appeared in the lead role in 1934 and Anthony Andrews in 1982. In 1997 a musical version opened on Broadway, and there have been two television series; one made in the 1950s, starring Marius Goring, and in the 1990s, with Richard E. Grant. 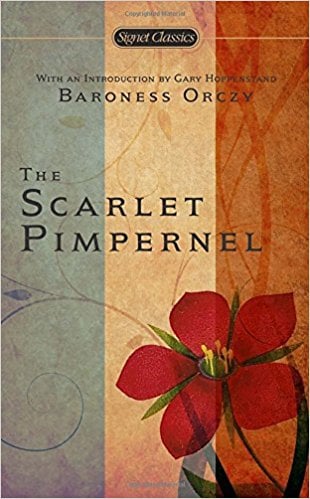 Sir Percy’s character was the precursor of other secret identity heroes such as Zorro and Doctor Syn, and nearly all comic book superheroes, e.g. Superman, Batman, etc., can trace their origins to the ideas behind the Pimpernel.

However, popularity often brings parody from which The Scarlet Pimpernel has greatly suffered. Sir Percy’s exclamation of “Sink Me!” and his famous rhyme are now firmly established in the international lexicon.

They seek him here, they seek him there,
Those Frenchies seek him everywhere.
Is he in heaven or is he in hell?
That damned elusive Pimpernel.

Due to the success of her writings, In 1910, Emma and Montagu bought the Villa Bijou in Monte Carlo. After a marriage of nearly 50 years, Montagu died there in 1943 during the Nazi occupation. At the end of World War II, Emma moved back to England. Her autobiography, Links in the Chain of Life, was published in 1947, shortly before she died on 12 November at Henley-on-Thames.

Major works
Baroness Orczy’s full range of works included plays, short story collections, and many, many novels. For the sake of brevity, below is a list only of her major novels and a few plays; for a full bibliography, go to Baroness Orczy’s works on Wikipedia.

— Contributed by Regina Arbeia, who blogs at The History Bucket.

This is an Amazon Affiliate link. If a product is purchased by linking through, Literary Ladies Guide receives a modest commission, which helps maintain our site and helps it to continue growing!