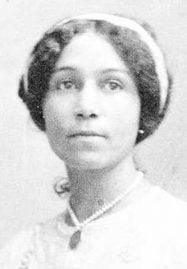 Anne Spencer (born Annie Bethel Bannister; February 6, 1882 – July 27, 1975) was an American poet, teacher, librarian, gardener, and civil rights activist. She’s best remembered as an important figure of the Harlem Renaissance and  as the second African-American poet to be included in the Norton Anthology of Modern Poetry.

Anne was born in Henry County, Virginia, to  Joel Cephus Bannister and Sarah Louise Scales. Both parents were part of the first generation of African Americans born into bondage whose childhood followed the end of slavery. As an only child, she was the center of her parents’ lives, and they were determined to make a better life for her.

Soon after Anne’s birth, the family moved to Martinsville, where her father opened a saloon. Within a few years, her parents started to have disagreements in the way they should raise her, which ultimately led to the end of their relationship.

After her parents’ separation, Anne moved with her mother to West Virginia and settled in Bramwell, a town that was somewhat averse to accepting African Americans and immigrants. Her mother also changed Anne’s name to Annie Scales, her own maiden name.

Her mother worked hard as a cook at a local inn to support their new life in Bramwell. While she worked, William and Willie Belle Dixie, a prominent Black couple, cared for Anne in their home along with their own five children.

In the Dixie household, Anne didn’t have any responsibilities, including chores or school, unlike the Dixie children, who attended school daily and completed household chores. Anne’s mother remained dedicated to her and believed that local schools were not beneficial for her.

With all the freedom that Anne was given, she was able to discover her love for poetry and had time to develop her skills through the solitude she found in the Dixie’s outhouse, the only private place that she had. In this outhouse, she would look through the Sears and Roebuck catalog and imagine herself as a reader. 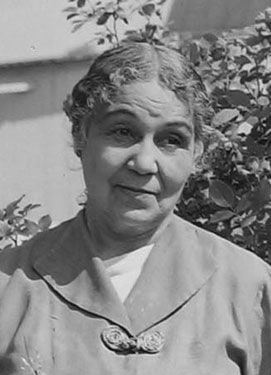 Although Anne’s parents were separated, they remained in contact concerning their daughter. Joel was upset with Sarah’s decision to withhold their daughter from school. He gave her an ultimatum that Anne must attend school or he would take her to live with him.

With this in mind, Sarah enrolled her daughter at the Virginia University of Lynchburg (previously known as the Virginia Theological Seminary and College) in 1893 when she was eleven years old.

Despite having no formal education, Anne excelled academically and even delivered the valedictory address when she graduated six years later in 1899. During her school breaks and over the summer, Anne would return to Bramwell. After graduating, she taught school in Elkhorn and Maybeury, West Virginia from 1899 to 1901.

While attending Virginia Seminary, Spencer met Charles Edward Spencer, a fellow student. The two got married on May 15, 1901, at Dixie’s home and permanently moved to Lynchburg in 1903.

Here, they built a home at 1313 Pierce Street and raised three children together, two daughters, Alroy and Bethel, and a son, Chauncey Spencer. Years later, Anne’s children produced ten grandchildren, and she expanded her home to accommodate their frequent visits.

Chauncey continued his mother’s legacy of activism and had a major role in his military service during World War II. Chauncey’s actions and determination led to the formation of the Tuskegee Airmen. He became a noted member of the group at a time when African Americans were refused military service as pilots in the the segregated armed forces.

Before Anne began her career as a writer, she worked at Paul Laurence Dunbar High School, an all-Black local high school. There she worked as a librarian for more than twenty years. The library had a small collection, so she donated books from her own collection to add to its holdings. 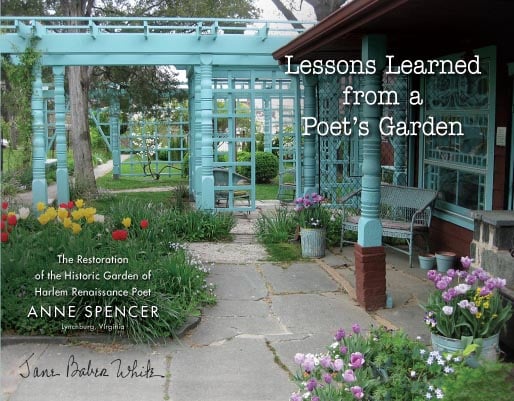 Start of a literary career

Anne Spencer’s literary career began while she was a student in Virginia Seminary. There she wrote her first poem called “The Skeptic,” which is now lost. She continued writing poetry throughout her life and used any scrap of paper she could find to write down her thoughts.

It was some time later that she planned on opening a chapter of the NAACP in Lynchburg. In an effort to do so, she hosted James Weldon Johnson, then the organization’s traveling representative, in her home.

It was during this visit that Johnson discovered Anne’s poetry. Her first published poem, “Feast at Shushan,” appeared in the February 1920 issue of The Crisis, the NAACP’s literary magazine. By the time her first poem was published, Anne was forty years old.

Her poems were also included in The Book of American Negro Poetry, which was edited by James Weldon Johnson, a prominent figure of the Harlem Renaissance. In addition, she earned a spot in the esteemed Norton Anthology of American Poetry for her writing, making her the second African American to be featured in this work.

Anne Spencer’s work drew respect for its exploration of the themes of race, nature, and feminism. Some critics interpret her poem “White Things” to be a comparison of the subjugation endured by the Black race with the destruction of nature.

She maintained a strong belief in individual liberty and freedom to convey and uphold one’s personal ideals. She also displayed strong objections to various beliefs that interfered with her own ideals. In addition, she had a life-long admiration for poets and paid tribute to Chatterton, Shelley, and Keats in her poem, “Dunbar.” 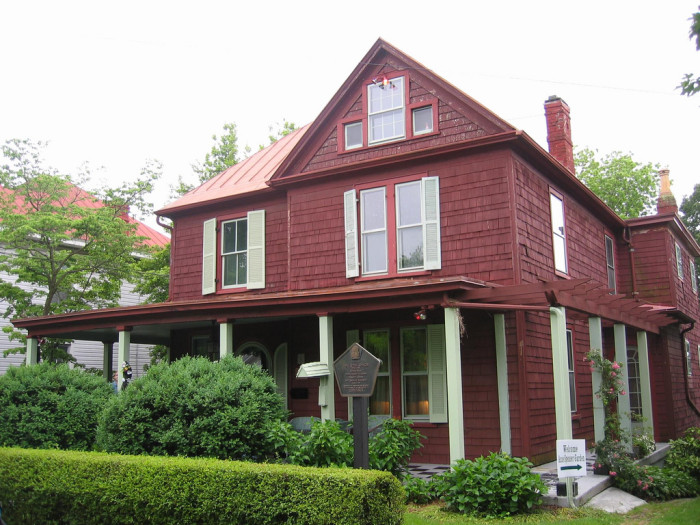 In 2016, the Library of Virginia and Dominion Power honored Anne Spencer as one of their Strong Men and Women in Virginia History.

The home in Lynchburg where she resided and worked is now a museum, known as the Anne Spencer House and Garden Museum. The museum is dedicated to preserving the beloved poet’s legacy and connection to the Harlem Renaissance.

Anne Spencer was featured in a 2020 Forever stamp honoring figures of the Harlem Renaissance.

Anne Spencer passed away at the age of ninety-three on July 27, 1975. She is buried alongside her husband Edward, who died in 1964, in the family plot at Forest Hill’s Cemetery in Lynchburg.

After her death, much of her work was published in Time’s Unfading Garden: Anne Spencer’s Life and Poetry by J. Lee Greene  (1977). Greene observed:

“Anne Spencer is not widely known to readers of the present generation, perhaps because she published few of her poems during her life and never published a volume of her poetry or other writings. Nevertheless, the quality and social circumstances under which she wrote, and her association with and influence on writers and others of the Harlem Renaissance period give her an important place in the literary, social and cultural history of the twentieth-century black America.”

She was later featured in Shadowed Dreams: Women’s Poetry of the Harlem Renaissance. Some of her lost work was found and published by other famous poets in the later half of the twentieth century. 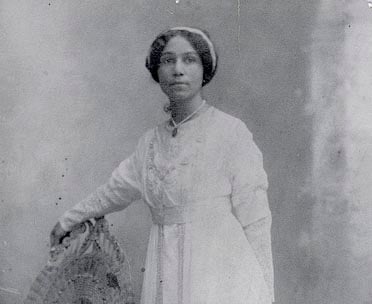