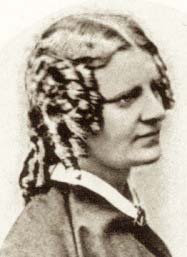 Anna Sewell (March 30, 1820 – April 25, 1878) was a British novelist who had only one published book — Black Beauty — to her name. But what a book it is, a classic that has enthralled generations of readers with its message of compassion toward animals.

Anna was born in Great Yarmouth, Norfolk in England, into a family that was devoutly Quaker. Her mother, Mary Wright Sewell (who outlived her daughter by a few years) was herself an author of poetry and children’s books. Her father was a shopkeeper and bank clerk whose unstable income created great hardship for the family.

Anna and her brother Phillip were mainly educated at home by their mother. The family’s precarious financial situation compelled the children to stay with their grandparents from time to time, and they moved around the country frequently.

At age 12, Anna began going to school for the first time after the family moved to Stoke Newington. Two years later, she fell while walking home from school and broke both of her ankles.

The treatment was shoddy, and she never fully recovered. For  the rest of her life she was unable to stand or walk for very long, and endured a great deal of pain.

Anna’s declining health, in tandem with the family’s declining fortunes, compelled them to keep moving from place to place. In 1936, when she was 16, her father took a job in Brighton, hoping that its warmer climate would have a positive effect on her health. Anna followed her mother’s lead in leaving the Quaker community in favor of the Church of England.

Mary Sewall wrote a a series of children’s books with evangelical themes, and Anna helped edit them. She also worked with her mother on other social issues including abolition and temperance.

Anna’s mother had long been a guiding force in her life. One of Mrs. Sewell’s books was Talks with Mamma, a collection of motherly advice she shared with Anna and her brother, Philip.

The family moved to Lancing in 1845. Anna’s health didn’t improve, so she travelled to Europe to continue to seek treatment. When she returned, she continued to follow her parents from one place to another, including Wick and Bath. 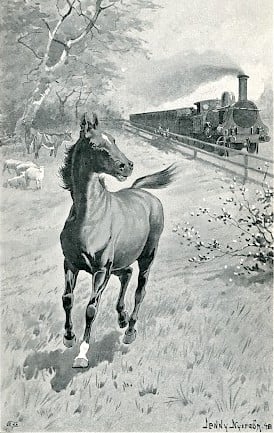 Having become dependent on horse-drawn carriages to get around, Anna developed an empathy for horses. She grew to love them and cared deeply about their treatment, as well as that of all of animals. The inhumane treatment of horses she observed inspired her to write Black Beauty.

She worked it between the years of 1871 and 1877, already in her fifties. By then she was in such poor health that she was hardly able to leave her bed. She had such difficulty writing that she was compelled to dictate it to her mother.

Anna hadn’t intended Black Beauty as a children’s book; rather, she wrote it for those who owned or worked with horses, “to induce kindness, sympathy, and an understanding treatment …”

The story especially denounced the use of the bearing-rein and was warmly recommended by the Royal Society for the Prevention of Cruelty to Animals.

Going beyond its original purpose, the book also conveyed practical insight into humane training practices for colts, stable management, and animal husbandry. A unique feature of the story is that it’s told from the horse’s perspective; it was originally subtitled The Autobiography of a Horse. It begins in a charming fashion, as you can see following.

A beloved classic, and her only book

Black Beauty is now considered a children’s classic, and as such, it long remained one of the top ten bestselling children’s books of all time. Millions of copies have been sold, and it has been translated into a multitude of languages.

In the last year of her life, she was completely bedridden and often in extreme pain. Anna Sewell died five months after the publication of Black Beauty, either of hepatitis or phthisis. She was able, at least, to see the warm reception of her only book in the first few months after publication in England. 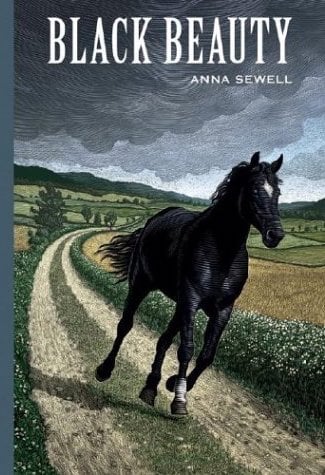 Black Beauty was published in America in 1890, and as it did in its native land, received much attention and laudatory reviews. At a time when horses were still very much depended on for transportation and labor, this deceptively simple tale served to create greater empathy for the beautiful animals. An August, 1890 article in an Indiana newspaper was typical in its praise:

“Since the recent publication of the work by Anna Sewall, entitled Black Beauty, attention has been called more and more to the cruelties practiced on the horse, man’s most faithful and useful servant.

We require use of this animal more than of any other, and either from want of though or ignorance we forget that the horse is a very fine and delicate animal, sensitive as man to pain and hardships and almost human in its sense of hearing and understanding.

A horse lacks words with which to express its feelings, but who shall say it lacks a sense of man’s cruelty when he urges it beyond its utmost strength with blows and curses.”

Many other reviews, similarly, saw through a horse’s eyes and got under its skin, so to speak, for the first time. Another 1890 review in The Brooklyn Daily Eagle states that Anna’s first mention of writing the book was in a note to a friend in 1871, and that “her love of animals was so great that they seemed to understand her every word.

When driving her father’s horses she guided them more by talking to them than by the use of the reins, addressed them by the Quaker ‘thou’ and ‘thee,’ just as she did in conversation with people.” 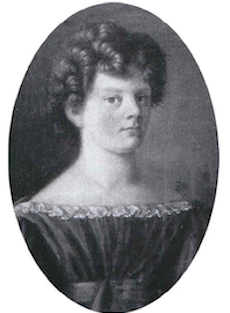