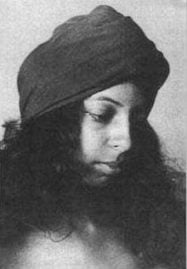 Angelina Weld Grimké (February 27, 1880 – June 10, 1958) was an American playwright, poet, and educator. She rose to prominence as a figure in the Harlem Renaissance of the 1920s, though most of her major works were created before that era.

As a writer and woman of color, she was deeply concerned about African-American issues and pervasive racism. Themes of racial bias and danger played a prominent role in her poetry and plays.

Angelina was born in Boston, Massachusetts, into a prominent family of biracial civil rights activists and abolitionists. Her father, Archibald Grimké, was the son of a slave and a wealthy white aristocrat. He was the second Black man to graduate from Harvard Law School and for a time served as Vice-President of the NAACP. Her mother, Sarah, came from a middle-class white family of European origin.

With a mixed-race father and a white mother, Angelina was at least 75% white. Society considered her Black, and she identified as such. Angelina’s parents met in Boston, where her father practiced law. They separated when Angelina was a child, and she was raised by her father in Boston.

Her great-aunts Sarah and Angelina Grimké Weld (the latter practically a namesake) were well-known abolitionists and influential advocates for women’s rights. The elder Angelina had taken a bold step to acknowledge her half-black nephews who were the children of her brother and one of his slaves. Hence, the connection between the Grimké Weld and the Weld Grimké families. 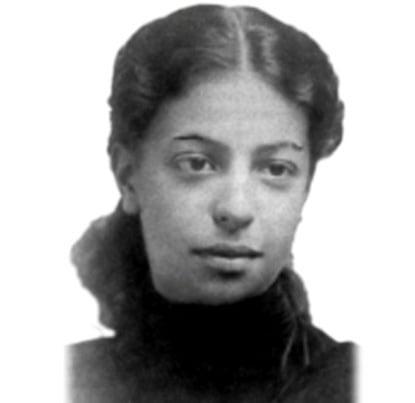 In 1902 Angelina graduated from the Boston Normal School of Gymnastics, where she earned her degree in physical education. She also attended Wellesley College and Boston University College of Health and Rehabilitation sciences.

After completing her studies, Angelina taught English and physical education in Washington, D.C. She had moved to Washington with her father to be close to her aunt and uncle.

While living in Washington, she taught at the Armstrong Manual Training School, in the city’s segregated area. she also taught at Dunbar High School, a school for black students, which was known for its excellence in academics.

Angelina later connected with another longtime resident of Washington, D.C., fellow poet Georgia Douglas Johnson. Though the two women were affiliated with the Harlem Renaissance literary movement, neither had actually lived in Harlem. Still, they did encounter fellow authors, as the Johnson home was a literary salon for those who were visiting the nation’s capital. 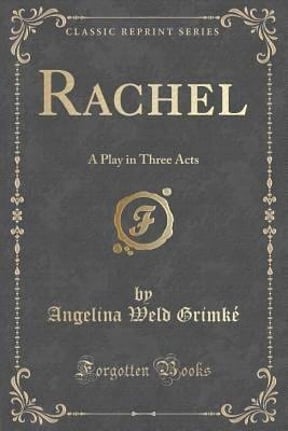 Much of Angelina’s early work was focused on the theme of lynching. Rachel, Angelina’s three-act dramatic play, was one of her earliest milestones. She was inspired to write it after the NAACP’s call for works to counteract the racist, pro-Klan film, The Birth of a Nation.

First staged in Washington, D.C. in 1916, the production was one of the first dramatic presentations to feature an all-Black cast. As a vehicle to enlighten the American public to the anguish suffered by Black Americans as a result of the brutal practice of lynching, it was generally well-received, though some critics viewed it as overly sentimental for the subject.

The NAACP declared that Rachel was “the first attempt to use the stage for race propaganda in order to enlighten the American people relating to the lamentable condition of ten millions of Colored citizens in this free republic.”

While it may not have had the impact the author intended, it did go on to be staged in New York after its Washington, D.C. run and was officially published in 1920.

The short story “Goldie” was based on the true incident of the killing of Mary Turner in Georgia in 1918. Mary was the Black mother of two children, and pregnant with a third, and was murdered while protesting the lynching of her husband. Mara, Angelina’s second play (which remains unpublished), also focused on the theme of lynching.

One of her early achievements was having poems, short stories, and essays published in The Crisis. The editor of the official publication of the NAACP was the eminent W.E.B. DuBois, and it was a vehicle that helped launch many a literary career.

Her poems were published in The New Negro, a publication by Alain Locke, one of the leading intellectuals in the Black Rights Movement in the earliest part of the 20th-century. He earned a PhD. in Philosophy at Harvard and became the head of the Philosophy Department. He was also a significant supporter of the Black Renaissance and an influence in Angelina’s life.

Angelina’s poetry continued to be included in several anthologies. They included Negro Poets and Their Poems, published in 1923, Caroling Dusk (1927), and The Poetry of the Negro (1949).

A number of poems express her profound feelings, sense of solitude, and longing for affection and love. Her poems, “El Beso” and “Dawn” are written in this fashion. “El Beso” was published in 1909 and expressed her feelings of desire and isolation.

In the poem “Dawn,” she reflects on an early morning when the world is grey, and no stars are visible, then a thrush calls out to announce the dawning of the day.

Some of her poems, including “Beware Lest He Awakes” and “The Black Finger” were written to draw attention to racism and the treatment of Black Americans. Other well-known poems include “The Eyes of My Regret,” “At April,” “The Closing Door,” and “Trees.”

Sexuality in life and writing

It’s widely believed that Angelina was a lesbian or bisexual, something her poems and letters hint at. As something to be kept secret in her time, thwarted desire and loneliness are theme expressed in some of her work. It seemed that she was aware of her leanings from an early age. At 16, she wrote to 15-year-old Mary P. Burrill, who would also grow up to be a prominent writer and educator:

“I know you are too young now to become my wife, but I hope, darling, that in a few years you will come to me and be my love, my wife! How my brain whirls how my pulse leaps with joy and madness when I think of these two words, ‘my wife.’”

Suspicion of her sexuality may have caused friction between Angela and her father, who seemed quite interdependent. Gloria T. Hull wrote of the dilemma in Color, Sex, and Poetry (Indiana University Press, 1987):

“Being a Black lesbian poet in America at the beginning of the twentieth century meant that one wrote (or half wrote) in isolation — a lot that she did not show and could not publish. It meant that when one did write to be printed, she did so in shackles — chained between the real experience and the conventions that would not give her voice.

It meant that one fashioned a few race and nature poems, transliterated lyrics and double-tongued verses that sometimes got published. It meant, finally, that one stopped writing altogether, dying ‘with her real gifts stifled within’ (Alice Walker’s words) and leaving behind the little that managed to survive of one’s true self in fugitive pieces.”

In her March 1988 review of Gloria T. Hull’s Color, Sex, and Poetry in the San Francisco Examiner, Melanie Lawrence wrote:

“Grimke was a gifted poet and playwright who also envisioned herself as a fragile child-woman lost in a hostile world. She overcame this shyness to teach, travel, and agitate against racism but ended life as a neurotic recluse, her writing abandoned. Hull hypothesizes that Grimke’s melancholy was rooted both in her unusual background and in her thwarted love for women, a love that apparently only blossomed in some exquisite and unpublished poetry.”

If I might taste but once, just once
The dew
Upon her lips.

“Grimké has also been categorized as a Lesbian writer from a period in which it was not possible for women to write homoerotically. Although much the same has been said of Nella Larsen, there is a sort of coding in Grimké’s work that might allow the reader to make sexual inferences. But whatever can be said with regard to the construction of sexuality in the work of Angelina Weld Grimké, race becomes a trope for powerful burdens, and vice versa.

Her stories are filled with oppressive atmosphere, and detailed descriptions of scene and time, each with appropriate trappings to evoke gloom and dread. Although some of the same sort of imagery can be found in the work of several of the poets, Grimké has a decided gift for turning the imagery into usable prose, and making that prose into publishable work.”

Angelina’s father took ill in 1928, and she tended to him until he died in 1930. She then moved to New York City and there she stayed, living out her days as a semi-recluse on Manhattan’s Upper East Side. Though her poetry continued to be anthologized, she didn’t publish anything new.