Classic Women Authors in Their Own Handwriting

There’s something quite intimate in seeing the handwriting of those revered authors whose works we’re accustomed to seeing in print. Here’s a sampling of letters, notes, and diary entries of authors we know and love. 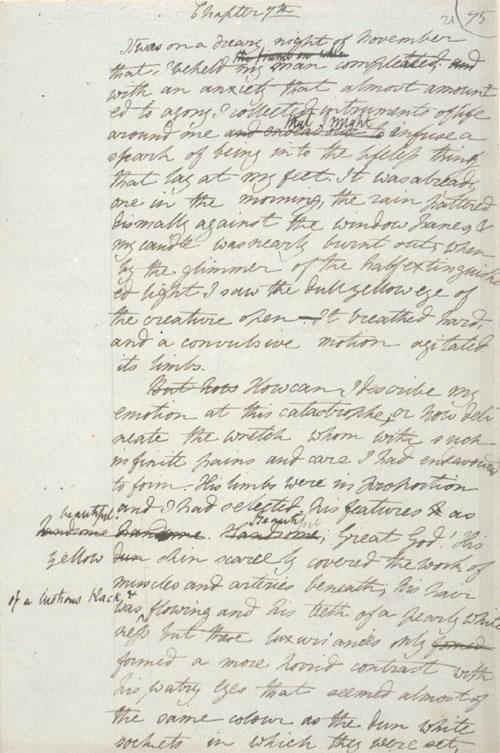 Mary Shelley was barely 21 when her best-known work, Frankenstein, was published in 1818. Here’s a handwritten draft from 1817. 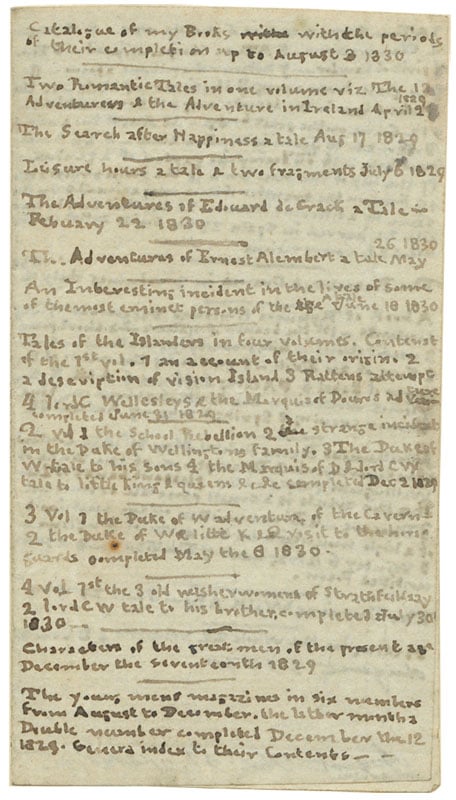 Here’s a list kept by Charlotte Brontë of books — presumably, the ones she read, or those that her family owned. This list was written around 1833, when the budding author was seventeen. 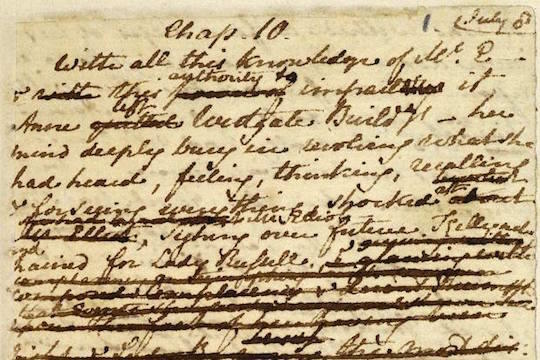 Jane Austen always did a lot of scratching out on her original manuscripts. Here is Chapter 10 of Persuasion, from the collection of the British Library. She completed the book around 1816 and it was published posthumously. 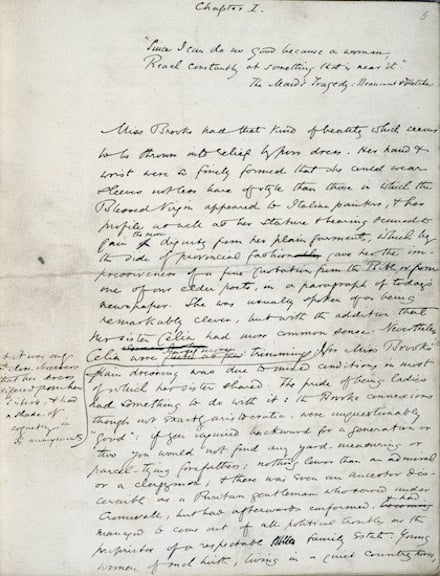 George Eliot‘s magnum opus, Middlemarch, was published in full in 1874 after being serialized. This first page from chapter one was likely written some time in the late 1860s or around 1870. 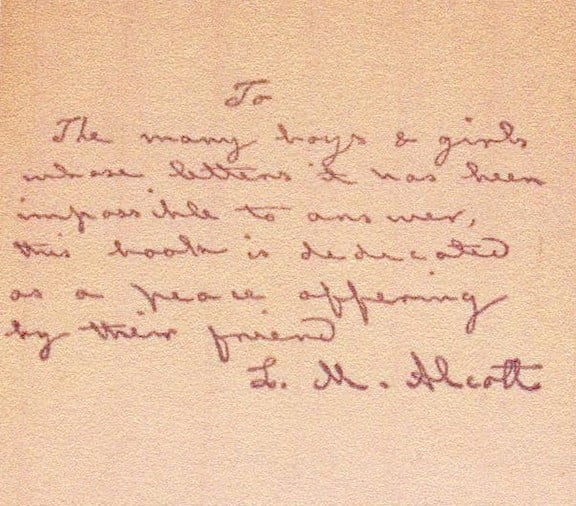 This  inscription by Louisa May Alcott is a dedication to her young fans, most likely from the 1870s. 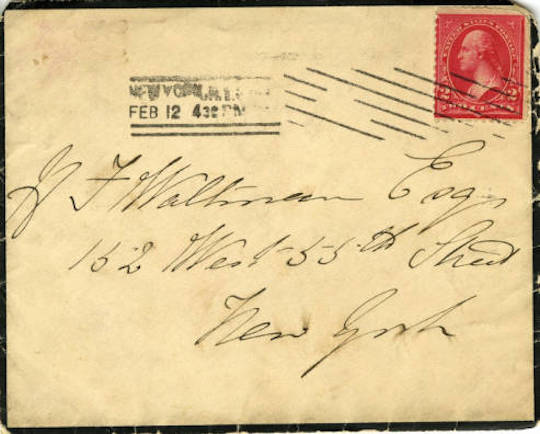 Here’s an envelope is addressed by Francis Hodgson Burnett, from a letter sent in 1897. 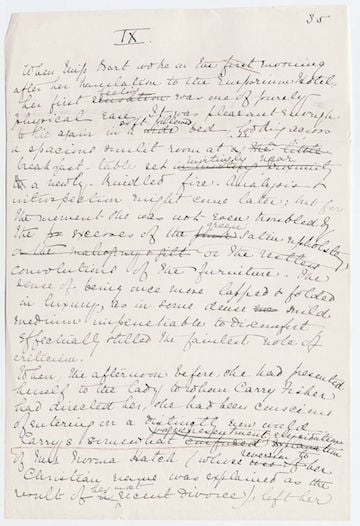 A manuscript page from The House of Mirth by Edith Wharton, which was published in 1905. 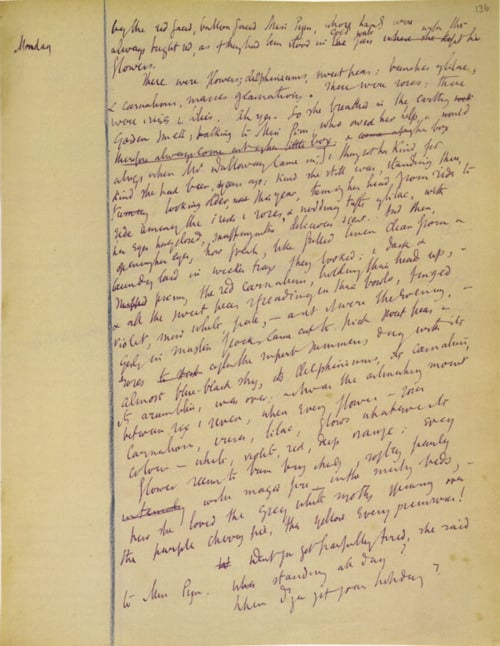 Draft of Mrs. Dalloway by Virginia Woolf. The book was published in 1925. 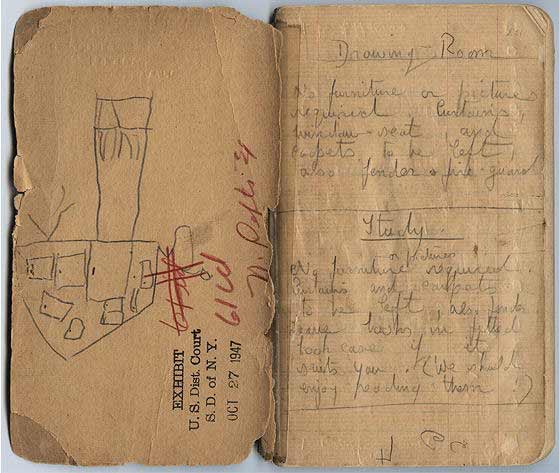 Here’s a spread from Daphne du Maurier‘s notebook. It’s unclear whether the room descriptions are for “real life” or for one of her books, but as you can see, this is dated 1947.