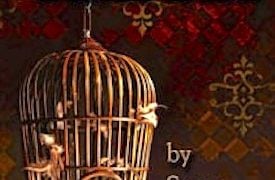 Trifles is a 1916 one-act play by the American author and playwright Susan Glaspell (1876 – 1948). It’s one of her most anthologized works, along with the 1917 short story she based upon this play, A Jury of Her Peers.

Trifles was first performed at the Wharf Theater in Provincetown Massachusetts in August of 1916. The author herself performed as Mrs. Hale, the wife of a neighboring farmer.

Glaspell’s inspiration was the true crime story of the murder of John Hossack, a 59-year-old farmer. Working as a journalist at the time of the incident in 1900, Glaspell covered it for the Des Moines Daily News.

The case was a sensation, because Hossack’s wife Margaret was accused of killing him. Neighbors believed that Margaret Hossack was an abused wife, and thus, she was the object of suspicion.

Margaret claimed that John had been murdered with an axe by an intruder. She was found guilty, but later, the verdict was overturned on appeal. A reprint of Glaspell’s coverage of the actual case can be read here. Shortly after reporting on this story, Glaspell quit journalism to write fiction.

Some years later, the incident came back to haunt her. She wroteTrifles in ten days, and  a year later fashioned it into the short story A Jury of Her Peers. Both had a feminist slant.

The plot of the play, in a nutshell, is as follows: George Henderson (County Attorney), Henry Peters (the sheriff) and his wife, and Mr. and Mrs. Hale (neighboring farmers) enter the Wright’s empty farmhouse. Read More→